Iceland store to open in Armagh next month 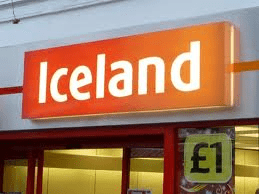 Iceland will open its latest store in Armagh next month.

The frozen food chain already has two other stores in Co Armagh, at Lurgan and Portadown, and its arrival in the city is eagerly awaited.

The new Iceland will be based at Unit 1 of The Spires Retail Park, off the Moy Road in the city.

It is due to open to the public on January 14 and will bring a number of much-needed jobs to the city.

Elsewhere in Armagh, Emerson’s Supermarket’s plans for a major extension are still under consideration.

The family-owned business has plans to take over the Walkers Shop at Market Street, which will close after a century in business.

Billed by DoE Planning Service as a major application, consideration is being given for “external alterations to existing two-storey shop”.

Elsewhere, Rosewood Villa, based at the former Longstone Hospital site off the Loughgall Road, is also subject to a major planning application which is under review.

The Southern Health and Social Care Trust has submitted plans for office accommodation on the site, together with additional car parking.