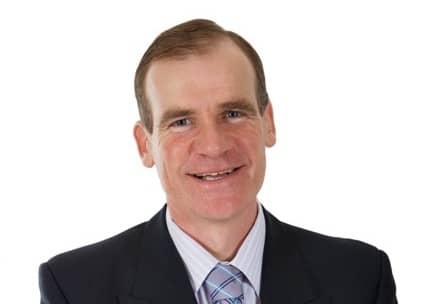 A meeting arranged by Sinn Féin councillor Terry Hearty and held on April 16 may have brought progress to the long standing issue of speeding vehicles at Clonalig Primary School.

Councillor Hearty had invited Roads Minister Danny Kennedy to the meeting at the school which was also attended by members of the board of governors.

Speaking following the meeting Councillor Hearty explained that there was a possibility that a speed limit of 20 mph may be enforceable at the school during peak times.

“Everyone locally knows that vehicles travel at an extremely fast pace on this stretch of road.  It is extremely dangerous for pupils and their parents in the morning and afternoon when dropping off or picking up kids.

“Today we heard first hand from a parent who was taking two children across the road by the hand when one child pulled back to pick up a fallen coat.  Thankfully there was no incident on this occasion but children are unpredictable and there is simply too much risk for parents crossing this road.”

“Today we had Minister Danny Kennedy at the school to explain to him the dangers faced.  He informed us that the Assembly is currently discussing introducing legislation to reduce the speed limit at rural schools on dangerous roads to 20 mph.  This would only be enforced during peak drop off and pick up times and would be a very welcome move to enhance safety at Clonalig.”

A pilot scheme at a number of other rural schools has been completed and has proven very effective.

Clonalig School is also examining the possibility of introducing a ‘loop’ system whereby children would be dropped off and collected on the school grounds using an entrance and exit system.

Councillor Hearty said: “Obviously a loop system would alleviate much of the problem but as an interim solution I would hope that the speed limit would be reduced to 20 mph and I will be asking my Sinn Féin colleague Megan Fearon MLA to follow up on this in the Assembly.”