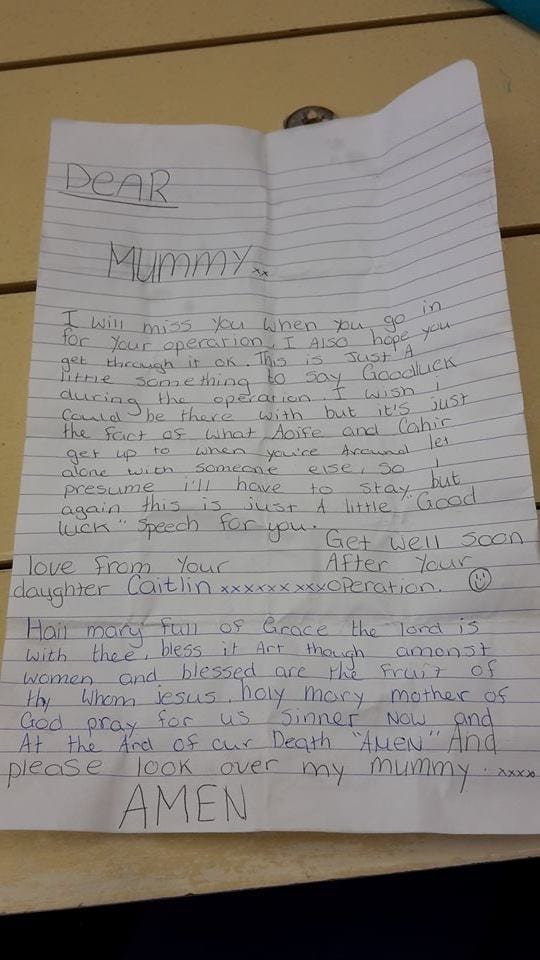 Are you the owner of this heartfelt and touching letter?

Armagh I were contacted earlier today after this handwritten letter from a daughter to her mum was found on the Keady Road, outside Armagh.

The letter, written by Caitlin, is addressed to her mother who is set to go into hospital for an operation. It doesn’t give the name of her mum but is a beautifully written piece. It reads: “Dear Mummy, I will miss you when you go in for your operation. I also hope you get through it ok. This is just a little something to say good luck during the operation. I wish I could be there with [you] but it’s just the fact of what Aoife and Cahir get up to when you’re around let alone with someone else, so I presume I’ll have to stay but again, this is just a little good luck speech for you. Get well soon after your operation, love from your daughter, Caitlin xxxxx.”

It ends with a little prayer for her mum.

Do you know who owns this letter? Let’s get it returned

Police believe cat injuries may have been inflicted deliberately