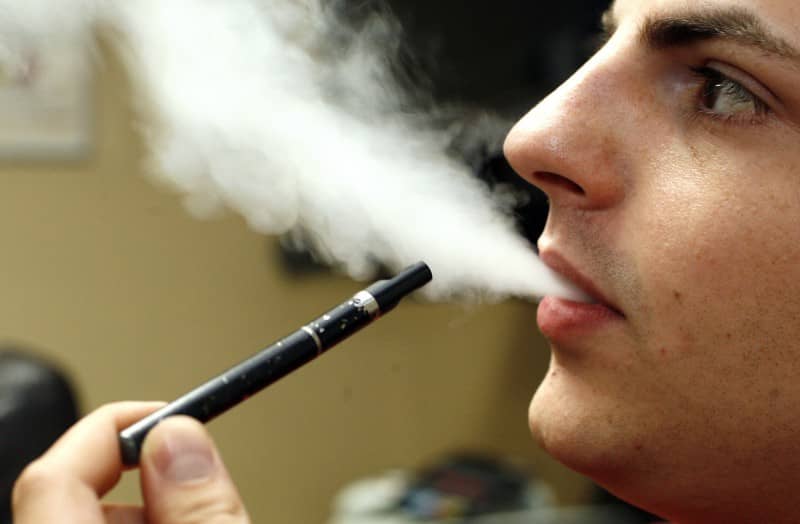 E-cigarettes have been banned from ALL buildings operated by the Southern Health and Social Care Trust.

That takes in hospitals, day centres, care homes and any others under the control of the Armagh-based Trust.

The move follows a decision taken earlier this year by Armagh City and District Council to outlaw e-cigarettes – seen by many as a safer alternative to smoking – from all of its buildings.

And the reason being given is that no concrete evidence has yet been provided to prove that they are in fact safe.

The Southern Trust, in a statement, says it “operates a Smoke Free Policy (2008) which applies to all staff, patients, visitors and contractors. The policy was revised recently to include an update on the use of e-cigarettes”.

It adds: “As a health promoting organisation, the Trust continues to be concerned with achieving and maintaining smoke free environments for all.

“The use of e-cigarettes has gathered popularity. However, these products have yet to be deemed to be safe and effective by a competent regulatory authority.

“Therefore, in line with recommendations provided by the Public Health Agency and the British Medical Association, the Trust does not permit the use of e-cigarettes by staff, service users, visitors and the public in Trust smoke-free areas, including Trust Buildings, substantially enclosed outside areas and workplace vehicles.”

Almost one in four (24 per cent) of people in the Southern Trust area are smokers and, the Trust says, around two thirds of them want to quit.

The statement continues: “If you are one of those people who want to quit, you are four times as likely to succeed if you have support!

“The Southern Trust has a strong track record of helping smokers to set quit dates and to successfully remain quit after four weeks, thereby increasing the likelihood of remaining quit for good. Free help to stop smoking is available from the Trust Stop Smoking Service and for an appointment, ring 028 3741 5333 or email: stop.smoking@southerntrust.hscni.net.

“A qualified Stop Smoking Specialist will take you through the stages of stopping, including preparing to stop, actually stopping and staying stopped. This will include advice on using a regulated and licensed nicotine replacement therapy to help quit smoking.

“Combined with Stop Smoking support, this is the most effective way to succeed in quitting smoking.”

Further information is available at www.stopsmokingni.com.