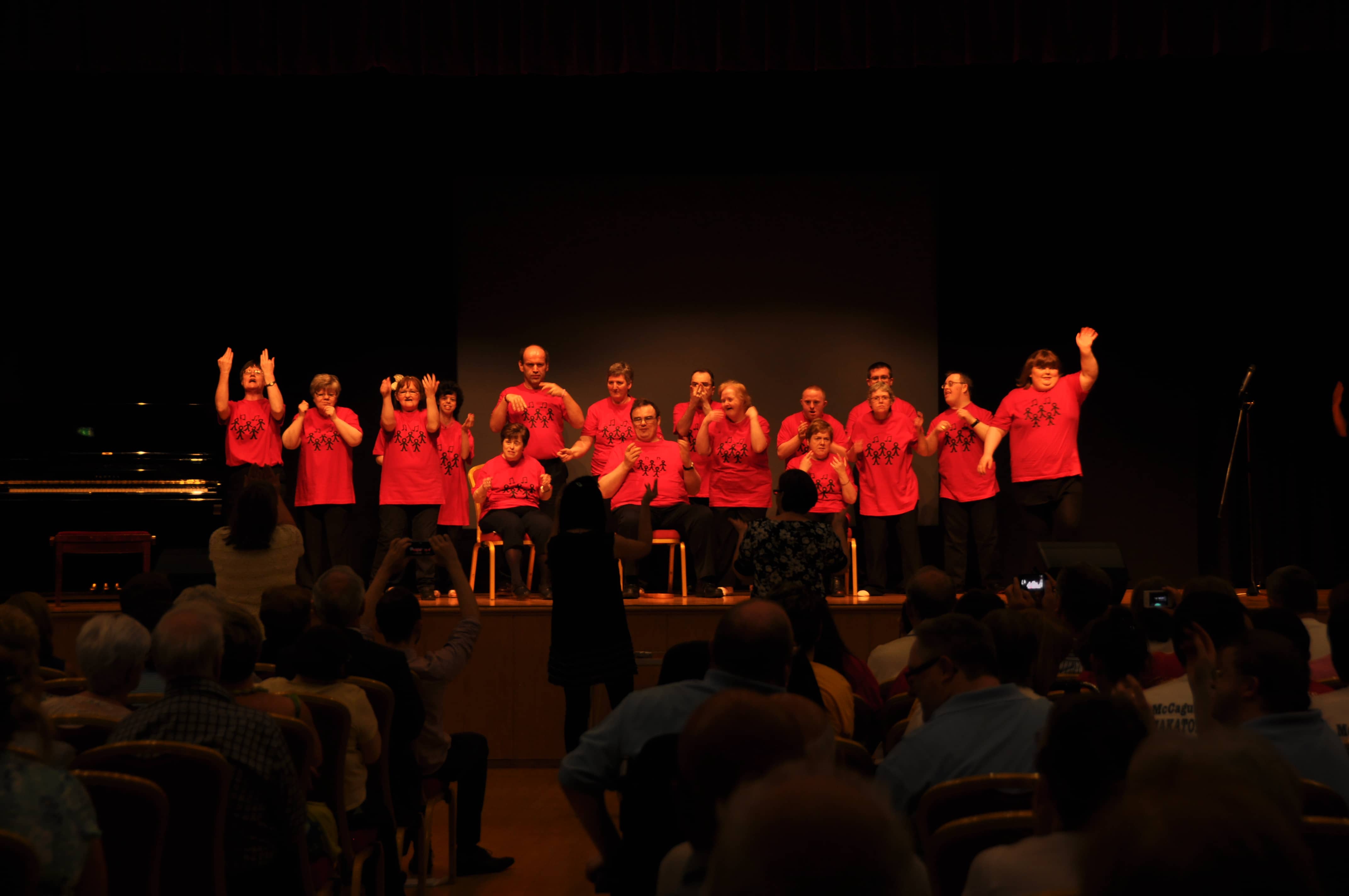 Ten choirs across the Southern Trust ‘raised the roof’ for this year’s Learning Disability Week (16-22 June) at a concert in Craigavon Civic Centre last night.

The highlight of the night was a surprise ‘flash mob’ finale of adults with learning disability and health and social care staff performing Happy by Pharrell Williams.

Organiser Margaret McShane says: “A lot of effort has gone into our Southern Trust Does Makaton concert and we have participants from day centres from as far apart as Aughnacloy, Banbridge, Kilkeel, Gilford, Newry and Armagh performing.

“We had a great line-up of music including Mourne Stimulus from Kilkeel performing Summer Holiday by Cliff Richard, Armagh’s Appleby Social Education Centre with Katie Perry’s Roar, members from Bannvale in Gilford with Hey Brother by Avici while Oakridge in Dungannon are performed Dancing Queen by ABBA.”

Adding their support to the night were compere ‘Big O’ Oliver McMahon and Country and Western star Philomena Begley who is a staunch supporter of Oakridge Social Education Centre in Dungannon.