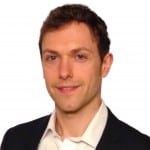 The Green Party is to run candidates in all 18 constituencies at the Northern Ireland Assembly elections in May.

The party, which has one sitting MLA, its leader Steven Agnew, has become only the third party to publicly declare who it is fielding in Newry and Armagh.

The candidate in this constituency will be Michael Watters, who said he joined the Green Party because he “wants to help turn Northern Ireland into a progressive and modern country”. This is the first time that the Green Party has fielded candidates in all areas.

Mr Watters said: “The Green Party is the only real alternative if you want to make a difference for Northern Ireland. It is the only one that has a true vision for a peaceful and united society that works well and in harmony with the environment.

“I am standing to end the waste that is endemic in our society.

“I want to see zero waste of money – I will fight for a more efficient and affordable public transport; credibility – all parties need to publish their corporate donations so we know where their loyalties lie; and food – we need to see and end to the throwing away of fresh food not least by supermarkets.”

The party will be represented in Upper Bann by Simon Lee, who said he wanted to contribute to the “development of a new kind of politics in Northern Ireland that moves beyond the tribalism that has held our society back”.

He added: “The Green Party is key to this new politics in Northern Ireland. The Green Party will tackle key issues such as the unacceptable levels of poverty, the educational underachievement rampant in our communities, and the staggering failure to deal with the major problem of suicide which claims too many lives every year.

“I believe we need to ensure that everyone has access to high quality education at any stage of their lives, that we need to improve our environment not least through the development of renewable energy and, fundamentally, to protect the most vulnerable people in society who need our help.”

Green Party leader Steven Agnew, himself a candidate for North Down, revealed the party’s intentions on Thursday.

He said: “The Green surge has meant that we now have the confidence and capacity to offer voters a choice. People recognise that the current political system is not working. Change is needed and the Green Party offers a chance for change.

“We know that voters are fed up with the opportunities wasted by the Executive to bring about change and the best way to challenge this is at the ballot box.”

The election is due to take place on Thursday, May 5.

So far, both the SDLP and Sinn Fein have declared their candidates locally.

Sinn Fein will be represented by Cathal Boylan, Megan Fearon and former MP Conor Murphy, while the SDLP duo for the polls is Justin McNulty and Karen McKevitt.