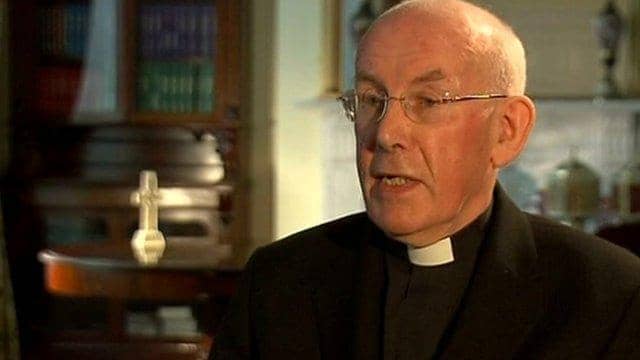 The Vatican announced today (Monday) that it had accepted the resignation of Cardinal Sean Brady, Archbishop of Armagh, as the head of the Roman Catholic Church in Ireland.

Mayor of Armagh City & District Cllr Cathy Rafferty has sent  congratulations to the new Archbishop of Armagh Eamon Martin, Primate of All Ireland in succession to Cardinal Brady.
She said: “On behalf of the people of Armagh City & District I send best wishes to Archbishop Eamon Martin as he assumes the huge responsibility as the new Primate of All Ireland. I also extend best wishes to Cardinal Sean Brady on his retirement.”

Church of Ireland Archbishop of Armagh, Most Rev Richard Clarke, also asked for “God’s blessing and every happiness for Cardinal Seán Brady in his forthcoming retirement”.

He said: “He has been a good friend to successive Archbishops of Armagh and to the wider Church of Ireland throughout his archiepiscopate, and we are grateful to him for this unaffected generosity of spirit.

“And, on a personal note, I wish to thank Seán for real kindness and warm friendship over many years. We all hope that he will enjoy both true fulfilment and good health in the years ahead.”