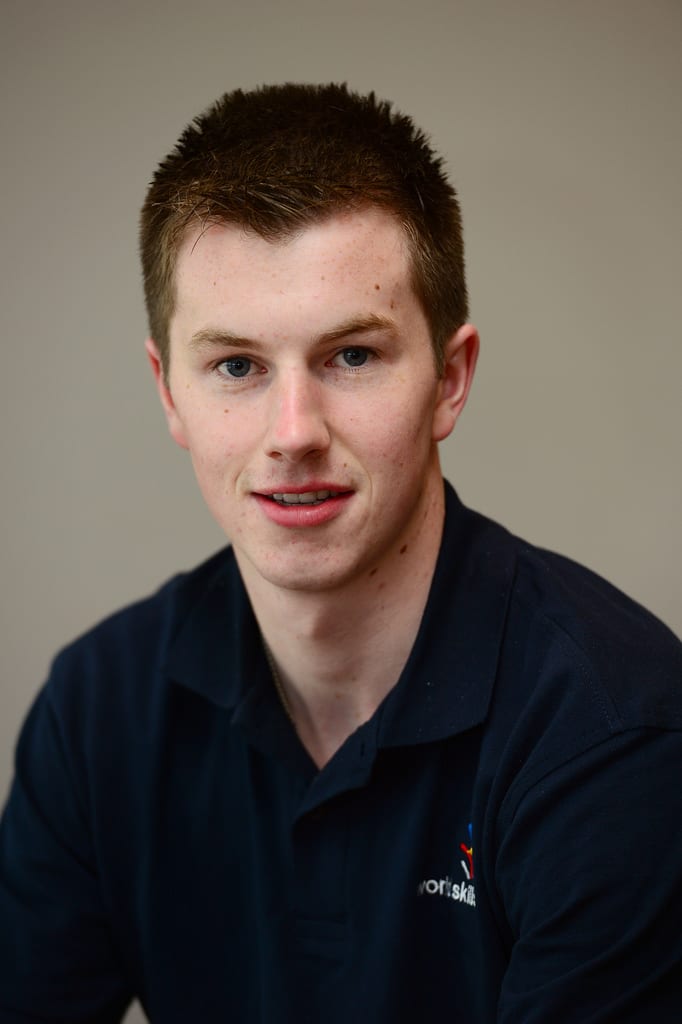 It’s official – Gary Doyle, a student at the Southern Regional College’s campus in Armagh, has been named the best plumber in the world!

And the local lad was the only young winner to bring gold back to Northern Ireland. As part of Team UK, the Province earned four medals in total, with two silvers and a bronze and a medallion of excellence.

The success followed four days of intense competition at Sao Paulo in Brazil against more than 1,000 of the world’s most skilled young people.

WorldSkills is the largest international skills competition in the world.

Held every two years, it sees young people, aged 18-25, from all over the world come together to compete for medals in more than 45 different skills, including electrical installation, welding, web design, cooking and bricklaying.

Gary is a plumbing apprentice from Kinallen, Ballyward, and is employed by Kieran Trainor Plumbing and Heating.

He is still trying to get his head around his phenomenal success.

“Being selected for Team UK was an amazing achievement in itself,” explained Gary. “But to win a gold medal and to be named the best plumber in the world is such an incredible feeling.

“The whole of Team UK worked really hard and the experience of the competition is something we will never forget. We have all learnt so much during the process, knowledge and new skills that we can take with us as we progress in our careers.”

Gary had won numerous competitions and awards at both local and national level since starting his apprenticeship at Newry Campus and had to go to Brazil and Germany for two weeks of intensive training with the Brazilian and German squads, as this was part of the final elimination process.

At the final selection event Gary was up against competitors from Germany, Italy and Switzerland during the process and had the top mark.

This is, as they say, the icing on the cake and what it was all about.

Employment and Learning Minister Dr Stephen Farry congratulated Gary and all the competitors on their outstanding success.

He said: “This is an exceptional achievement for our young people and clearly demonstrates at a global level the talent and expertise we possess.

“I wish to congratulate each of these young people on their excellent accomplishment. I would like to pay tribute to their parents, employers and tutors who have supported the young people throughout their journey to excel on the world stage.”

The Minister continued: “It is significant to note that Northern Ireland had the highest representation on the UK Team of all the UK regions and is also placed top UK region on medal success, winning over 40% of the overall UK total. It is a clear indicator of our high standards of training and expertise in our colleges that we perform so competently at a UK and global level.”

Overall the 41 strong UK Team, whose members are all aged 18 to 25, won three gold, four silver and two bronze medals and 24 medallions for excellence.