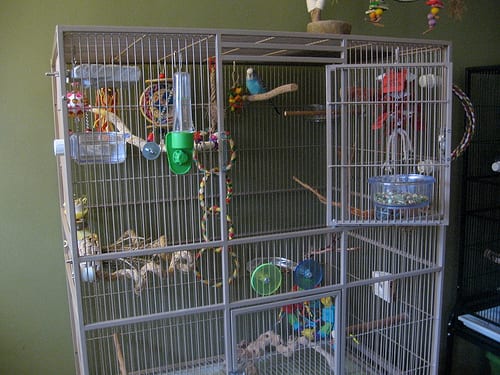 Police in Armagh are appealing for information after pet birds were released from a shed in Tandragee.

It happened during the early hours of  Saturday, 1 August.

Sometime between 4am and 7.15am, a shed at Ballymore Road was opened and 40 budgies escaped.

Police would like to hear from anyone who has information in relation to this incident. They can be contacted in Armagh on 101, quoting ref: 783 010815.

Pic for illustration only