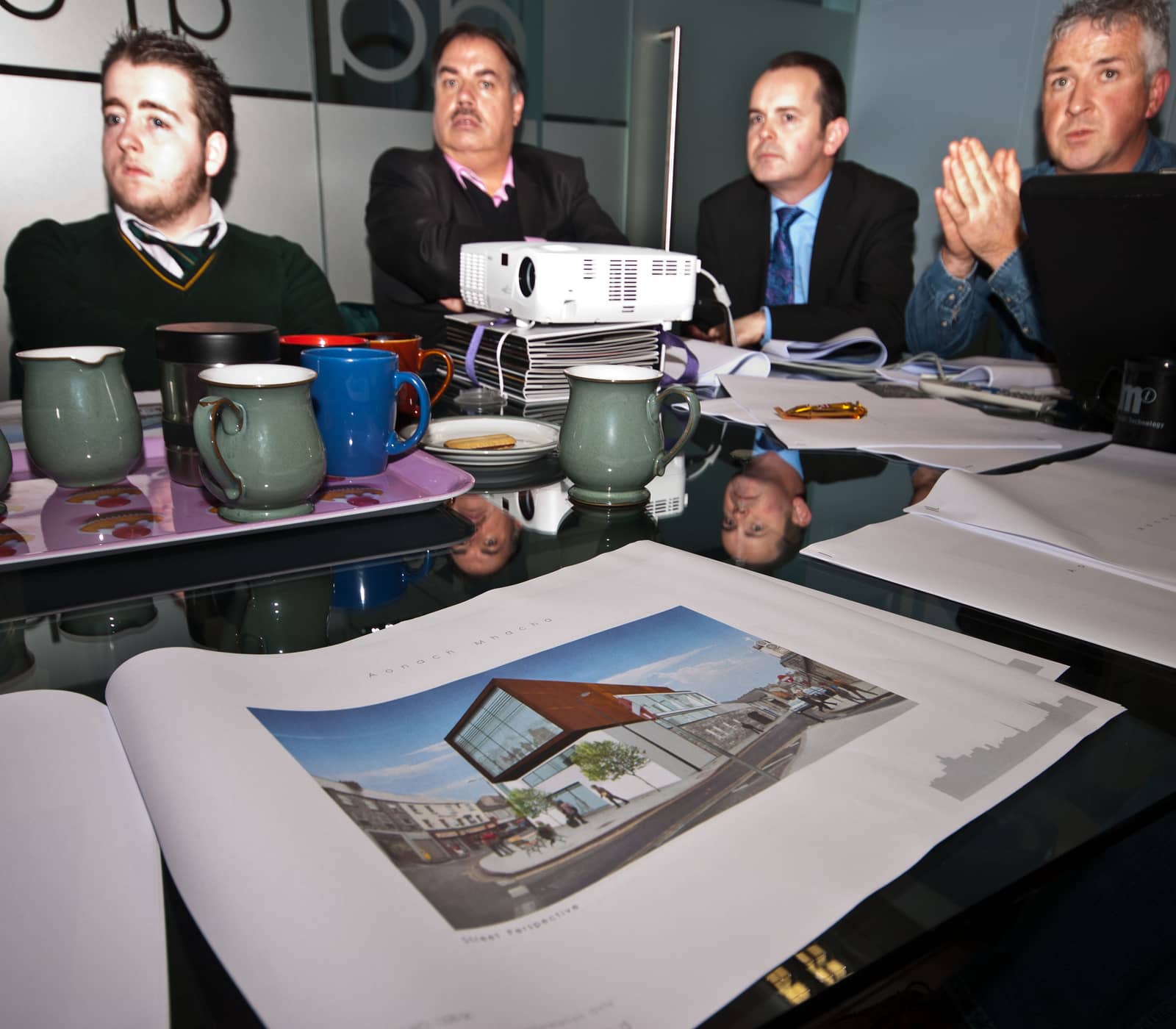 The former fire station at the Shambles has emerged as the favourite location for a new £1.5 million heritage centre for the promotion of the Irish language, arts and culture.

The first ever ‘Cultúrlann’, or Irish language centre, in Armagh will help to sustain 12 jobs and create a further six.

Directors of a new, collaborative, social enterprise known as ‘Aonach Mhacha’ – the assembly of Macha – have commissioned DA Architects and Smyth Surveying to draw up ambitious design plans for the proposed £1.5 million language development.

It is likely that the modern cultural services hub will be housed in a striking new building on the site of the former fire station in the Shambles area. Plans will shortly be submitted to the Planning Service for consideration and directors of the new company hope to see work commenced on the new project in late spring or early summer of next year.

Development of the ambitious, new Irish language facility will be carried out in two phases.

Phase One is expected to be completed early in 2015 and will incorporate a three-storey reconstruction that will potentially transform a derelict eyesore at a gateway site to the city into a landmark piece of architecture that will combine sympathetic, vernacular and traditional Armagh building materials with more contemporary, cutting edge design elements.

Aonach Mhacha Director, Áinín Ní Eachaidh, outlined the scale of the project, saying: “Aonach Mhacha is a collaborative social enterprise which will build and manage a cultural centre in the historic heart of Armagh City.  The new cultúrlann will act as a beacon for those with an interest in the Irish language and Irish cultural heritage.

“Aonach Mhacha will provide opportunities for social interaction as well as structured learning and engagement with the language and the broader culture. Café, conference and classroom space will be supplemented with a media suite and office space for well-established and new Irish language and cultural enterprises.