Five hours parking for a pound in Armagh 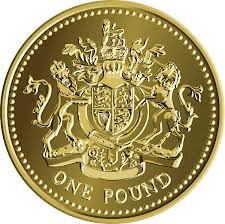 A Christmas parking scheme which introduced lower parking rates in 25 towns and cities across Northern Ireland – including Armagh – is being extended as part of a six month pilot.

Starting this Saturday, April 12, 93 car parks in 25 towns across Northern Ireland will charge £1 for five hours parking. The scheme is expected to last for up to six months and will be subject to ongoing assessment.

Transport Minister Danny Kennedy said: “Local retailers across Northern Ireland have told me that they are continuing to operate in a challenging environment. That was one of the main reasons why I introduced a five hours parking for £1 over the Christmas and New Year period.

“The scheme was welcomed by traders and this extensive pilot project will inform my Departments future policy. The five hours parking for £1 pilot tariff will support both the local economy and retailers in their efforts to encourage more shoppers back into towns and cities across Northern Ireland.”

The new tariff will be introduced from April 12 and will apply to car parks in 25 towns and cities excluding Belfast that have a tariff of 30p or more per hour. Drivers will still be able pay for normal tariffs under £1 in each car park and normal tariffs over five hours still apply.