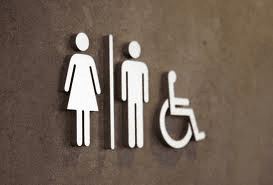 Armagh City Councillor Cathy Rafferty has reiterated the call for toilet provision to be incorporated into the development of Spires Retail Park.

Councillor Rafferty explained that, back in 2010, when the Spires Unit Trust took control of the property from Jermon Developments, she had personally spoken to all of the local businesses about the possibility of installing toilet facilities in the development, with all described as being “supportive” of the move.

“Since then I have been in contact with the Spires Unit Trust, Colliers and Lidl about the possibility of installing toilets and I have also spoken to council officials who have been working on this issue too,” added the councillor.

“I am disappointed that to date there has been reluctance on this issue but I am determined to keep lobbying on behalf of the people of Armagh on this issue.  This section of the town needs public toilet facilities since there is currently no provision for shoppers and those using services at this end of the town.”

In February we reported on the issue and hundreds of Armagh I supporters voiced their approval and added their demands for toilet provision.

Chief Executive John Briggs had previously advised that they were well aware of this ongoing problem and had made several attempts to discuss the matter with the developer.

He said it was a complex situation which would require planning permission, among other things. He said it would be much better to try and resolve this issue in conjunction with the current owner of the site, and that they would once again attempt to contact the owners and look at all possible options for resolving the issue.

It was agreed at that time that the council should pursue this issue with the owner and bring back full options to a future meeting.