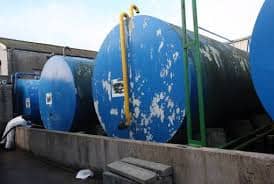 Three fuel laundering plants, capable of producing £18m worth of illegal fuel per year, have been uncovered by HM Revenue and Customs in South Armagh, it was confirmed this afternoon (Thursday).

Between them, they had the potential to produce 26 million litres of illicit, evading millions in revenue.

Two plants were found during a search of residential properties in the Culloville area on Thursday carried out by HMRC and PSNI officers.

The third plant was discovered hidden in an agricultural shed nearby.

Over 50 tonnes of toxic waste were also removed.

“As taxpayers and local ratepayers, not only are we missing out on the stolen tax that ends up in the pockets of the criminals, we are also paying the substantial clean-up and disposal costs.

“It is wrong that honest businesses should be undercut by criminals and those involved in making or selling laundered fuel.

“Buying illicit fuel not only funds crime, it supports and encourages these dangerous activities within our communities. If anyone has information about fuel fraud we would encourage them to contact the Customs Hotline on 0800 59 5000.”