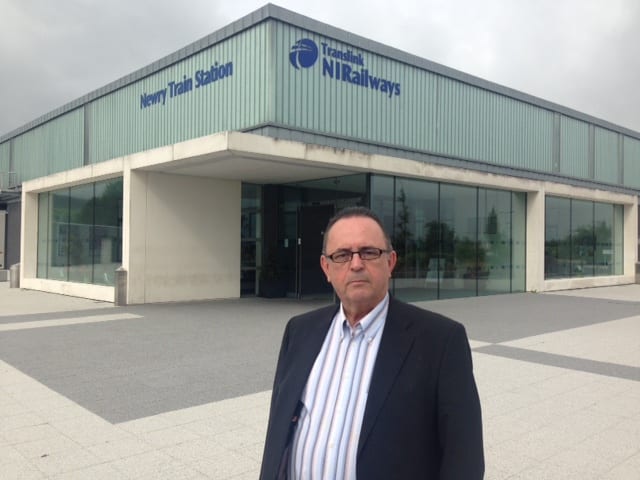 Rail services from Newry train station are inadequate and inferior to those available in other towns in the North, says a city MLA.

“Hundreds of people were on the platform in Newry on the Saturday hoping to travel to the festival in Belfast. The train provided consisted only of three carriages and was already full on arrival in Newry.

“People crammed in and were packed tightly together and had to stand all the way. Earlier Translink had boasted in tweets about the extra trains being provided from other stations, however, their largesse did not extend to Newry.”

He added: “Unfortunately this incident only serves to underline the on-going inadequacy of the services to and from Newry. Only 12 trains leave Newry for Belfast on a daily basis while Portadown has 46 departures to Belfast and Lurgan 38.

“The frequency of service from Newry leaves a lot to be desired with intervals of one and a half to two hours between departures, compared to Portadown with trains every 30 minutes, Newry is very much the poor relative – not only is there a poor service from Newry to Belfast but the problem also exists on the return from Belfast – after the 6.20 pm departure from Belfast to Newry there is no other train until 9.13pm almost exactly three hours. “Having invested £13million in a new railway station with a secure park and ride facility we now need the accompanying services to fully exploit that investment.  The enterprise service was to be an hourly service and that too failed to materialise with a service approximately every two hours.”

Mr Bradley concluded: “I have asked for a meeting with the Minister responsible for public transport Danny Kennedy MLA of the Department of Regional Development in order to highlight the issues that local people have with the rail service and other transport issues and to ascertain how he can support the local community in ensuring a much improved service Newry; I have also requested that a meeting of the Newry Public Transport Users Forum be called to deal with the problems facing rail users here.”