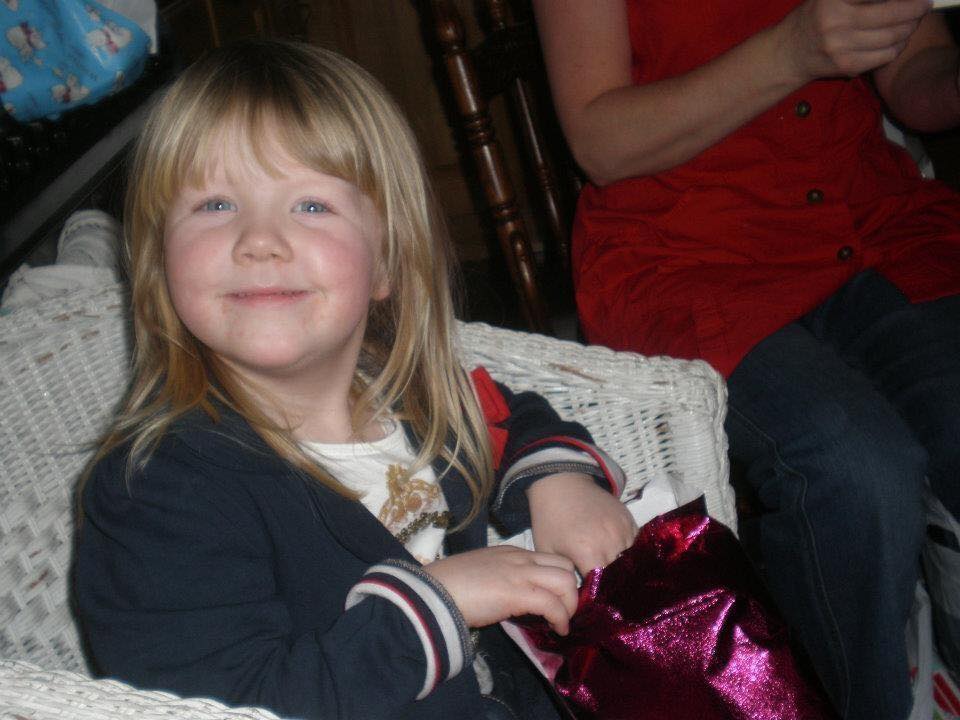 A County Armagh couple, who lost their darling daughter to a brain tumour at just three years of age, have raised over £6,000 as a ‘thank-you’ for a charity’s love and support.

And now Carla and Lee Downey, from Bessbrook, are urging others to show their full support for the Cancer Fund for Children, and to help others similarly affected this Christmas season.

The brave couple have opened their hearts about losing their beautiful Alannah to a brain tumour in July 2012. “My little girl was only three years old when she was diagnosed in January 2012 and passed away that July,” said Carla.

“I will never forget the day she collapsed at home. She was in her uniform all ready to go to school. Her daddy had to resuscitate her while we phoned for an ambulance. They brought her in and found that her little brain was filled with blood. She had a taken a massive stroke and suffered a brain haemorrhage.

“She was then diagnosed with a fast growing and severe brain tumour and required a 16 hour surgery to remove it.

“After this Alannah was in a coma and had to stay in an Intensive Care Unit for seven months. She wasn’t able to eat solid foods. We spent so much time in hospital we practically lived there which was hard for my young son and was very expensive.”

Carla said the consultant told the family the surgical team had removed 99 per of the tumour.

But a scan three months later released it had returned. “She was then put on chemo to try and shrink the tumour,” continued Carla. “Not long after this we were advised to take Alannah home and enjoy our last few weeks with her. Those two weeks we enjoyed every single minute with Alannah.

“We had no bed times or structure as such we really just wanted to savour every second we had. She enjoyed seeing all her favourite people and when fit watching her TV shows and playing with her cousins etc. We really made the most of it.”

The devoted mum explained why she and her family have now thrown themselves into fundraising for the leading local children’s cancer charity.

“While we were in hospital a lady from the charity came and chatted to us and gave us leaflets,” she recalled.

“We decided we wanted to give something back and help other families who are going through what we went through.

“We organised a night at the races seven months after Alannah passed away which raised almost £10,000, which we split between three children’s charities.

“More recently we took part in the Bog Run in October with a group of family and friends, raising £6280.34p in total for Cancer Fund for Children.”

“We are very aware of the needs of children and families with children diagnosed with this horrible illness,” she added. “And we know this money will go a long way in helping to make some things a wee bit easier for those who unfortunately need it.”

Cancer Fund for Children’s Director of Services, Liz Osborne said: “At Christmas time negative issues a cancer diagnosis brings can become exaggerated such as loneliness and financial strain. Cancer Fund for Children strives to alleviate this by providing home heating and other financial grants as well as organising various Christmas events to bring families together.”

Individuals, groups of friends, colleagues and schools can help the charity raise funds by donning a cheesy festive jumper and take part in this year’s ‘All Wrapped Up Campaign’.

Pictures: Lee and Carla Downey during the Cancer Fund for Children’s Bog Run event, and daughter Alannah, who died as a result of a brain tumour in July 2012.