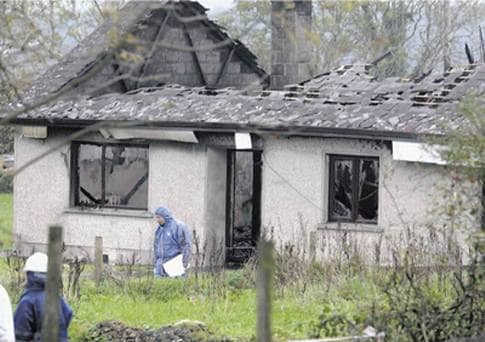 A 33-year-old man has been arrested in England in connection with a double murder in Co Armagh seven years ago.

Thomas O’Hare (33) and his girlfriend Lisa McClatchey (21) died when they were attacked at their home at Tassagh, near Keady, in November 2006.

Petrol was poured around the house and set on fire.

PSNI officers arrested the man in the Essex area on Wednesday with help from Kent and Essex police.

He is due to appear at Armagh Magistrates’ Court on Friday.