Engagement ring among burglars’ haul in third raid in a day 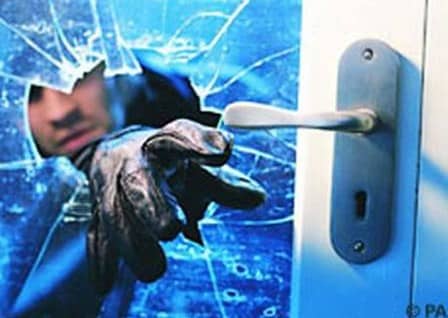 An engagement ring and other items of sentimental value have been stolen in the third burglary in Portadown on the same day to be linked to the same four-man gang.

All three burglaries were carried out in the town last Wednesday, detectives have said.

The latest incident to be linked to the gang happened between 4.45pm and 9.40pm on the day in question at Canvy Manor.

The burglars forced their way into the property via patio doors.

As well as the engagement ring – which features a green emerald and diamonds on either side – other jewellery was also taken, including a gold chain and matching bracelet, a gold ring with diamonds and a Pandora bracelet.

In the two other incidents – one at Ulsterville Park at about 6.50pm and one at Ballyhannon Grove at about 7.30pm – nothing was stolen before the four men made off in a white vehicle.

The gang were disturbed while inside the property at Ulsterville Park.

Police are appealing to anyone with information in relation to any of these incidents, or anyone who is offered items of this nature in suspicious or unusual circumstances, to contact CID in Lurgan.