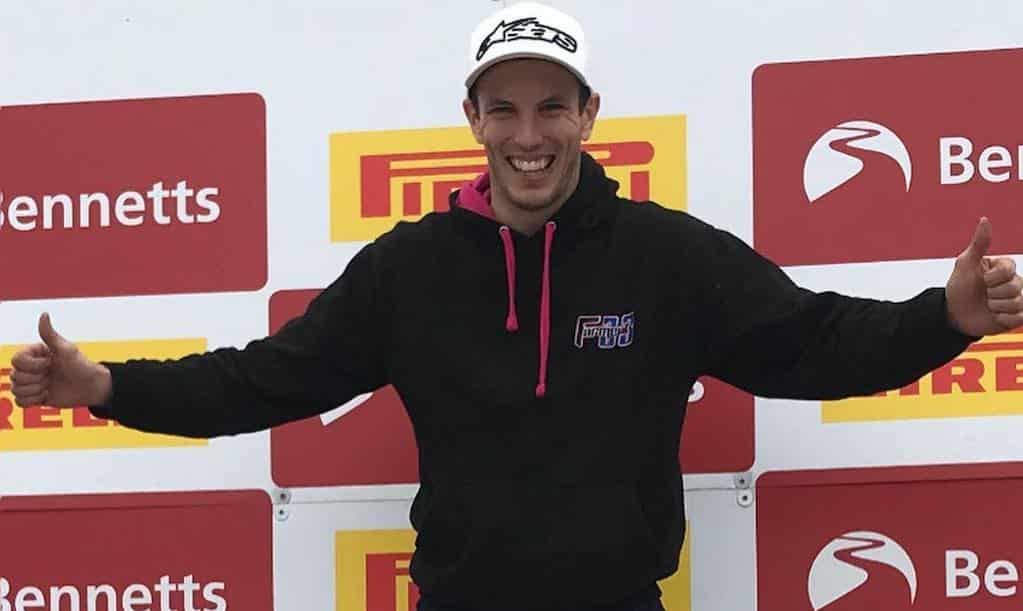 The Co Tyrone community – and further afield – has been left in shock following the news of the sudden passing of acclaimed four-time British motorcycle champion Keith Farmer.

The ‘Clogher bullet’- who was 35-years-old – is reported to have passed away in the early hours of Thursday morning (November 10).

Keith’s brother David announced his passing on Facebook, saying: “I’m lost for words our little brother left us at 1.45 this morning with us all by his side. Life will never be the same again, he made us all so proud and he will be very sorely missed.”

Keith was well renowned in British motorcycling circles, having won four championships in his time.

In 2011, Keith won the National Superstock 600 Championship title, and through his performance he progressed through the ranks of the sport, eventually taking home the Superstock 1000 crown in 2012.

In 2017, he bagged the British Supersport Championship, which made him a champion across three different classes. By 2018, he had achieved a second victory at the Superstock 1000.

After being setback by a number of injuries, Keith eventually decided in 2021 to step back from his motorcycling career to retire.

Since the news of Keith’s passing broke, tributes have poured in from across the motorcycling world, paying homage to Keith’s life and career.

Deborah Erskine, DUP MLA for Fermanagh and South Tyrone, said: “We’re all in shock & sadness at the death of Keith Farmer. He put Clogher on the map through his racing career as 4 time British champion.

“We are all so proud of everything he achieved. We keep Keith’s family & friends in our prayers. Sending our heartfelt condolences to them.”

On Twitter, ex-GP rider Steve Parrish said: “Tragic news to hear the sad passing of Keith Farmer. A great rider and very nice fella. My thoughts are with all his family RIP young man.”

Stuart Higgs, Race Director of the Bennetts British Superbike Championship, said: “Awful news to wake up to about the sudden and untimely passing of Keith Farmer. Thinking of his family, friends, and loved ones – may he Rest In Peace.”

Also on Twitter, a number of racing teams paid their tributes to Keith, such as Yamaha Racing UK, who said: “We are devastated to hear of the passing of Keith Farmer, who won the 2017 British Supersport title with @AppleyardRacing in addition to his three Superstock titles.

“All at @YMUKofficial send their deepest condolences to his family and friends. He will be missed.”