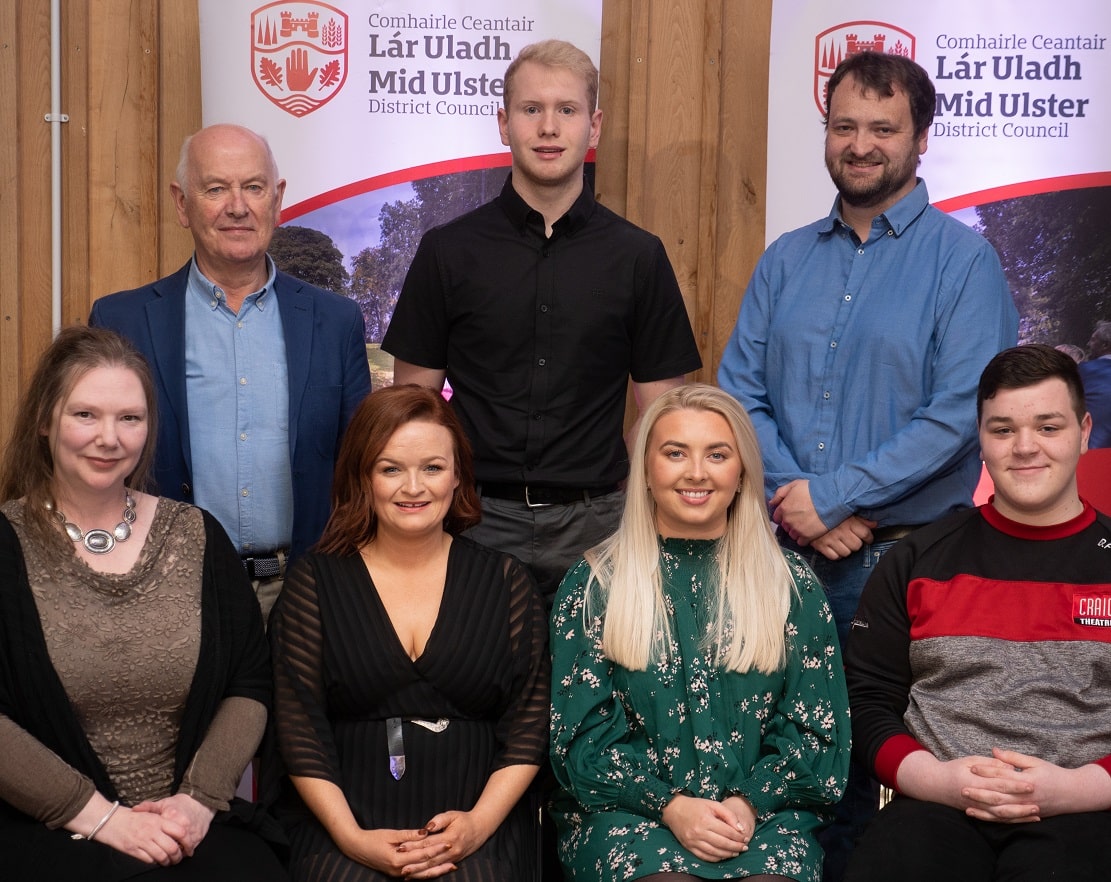 The commitment and enthusiasm of 16 teams and individuals were recognised at the Mid Ulster District Council Civic Awards evening.

The ceremony took place at Hill of The O’Neill, Dungannon and was hosted by the chair of the council, Councillor Córa Corry.

The evening recognised a wide range of success most notably in the fields of sport, theatre, dance and education.

Councillor Corry said: “This evening we are afforded a great opportunity to reflect on and recognise the achievements of people from within our council area at different points across the last year.

“While the achievements they have all worked hard for may all be different, the one thing which links each and every award recipient is the depth of their commitment and enthusiasm to their activity or area of work.” Representatives from the U14 Camogie team at St Patrick’s Academy Dungannon. The squad made history for the school by collecting the first ever Ulster Title at this age group. Also pictured are nominating councillors, Councillor Barry Monteith and Councillor Dan Kerr. Sofija Procevska and Matt Barrett who were crowned Irish National Champion winners in their respective categories at the Irish Judo Club Challenge competition in April past. Harry McGuigan is also pictured accepting the award on behalf of Kieran Holland who was unable to attend. Also pictured is nominating councillor Dominic Molloy. Representatives from the Tyrone Senior Ladies team, winners of the Ulster Intermediate title in May. Also pictured are nominating councillors Barry Monteith and Dan Kerr. Representatives from the Tyrone U20 squad who were crowned Ulster Champions in April past. Also pictured are nominating councillors Dominic Molloy, Dan Kerr and Barry Monteith. Representatives from St Ciaran’s College, Ballygawley are pictured at the Civic Awards with nominating Councillor, Councillor Sean McGuigan. The school won the 2021 – 22 Post-primary category in the Capita ICT Excellence Awards Representatives from Craic Theatre, Coalisland, are pictured with nominating councillor Malachy Quinn. The theatre was nominated for Best Technical Team at the prestigious AIMS (Association Irish Musical Societies) Awards 2022, in the Gilbert section which is the higher tier of the awards