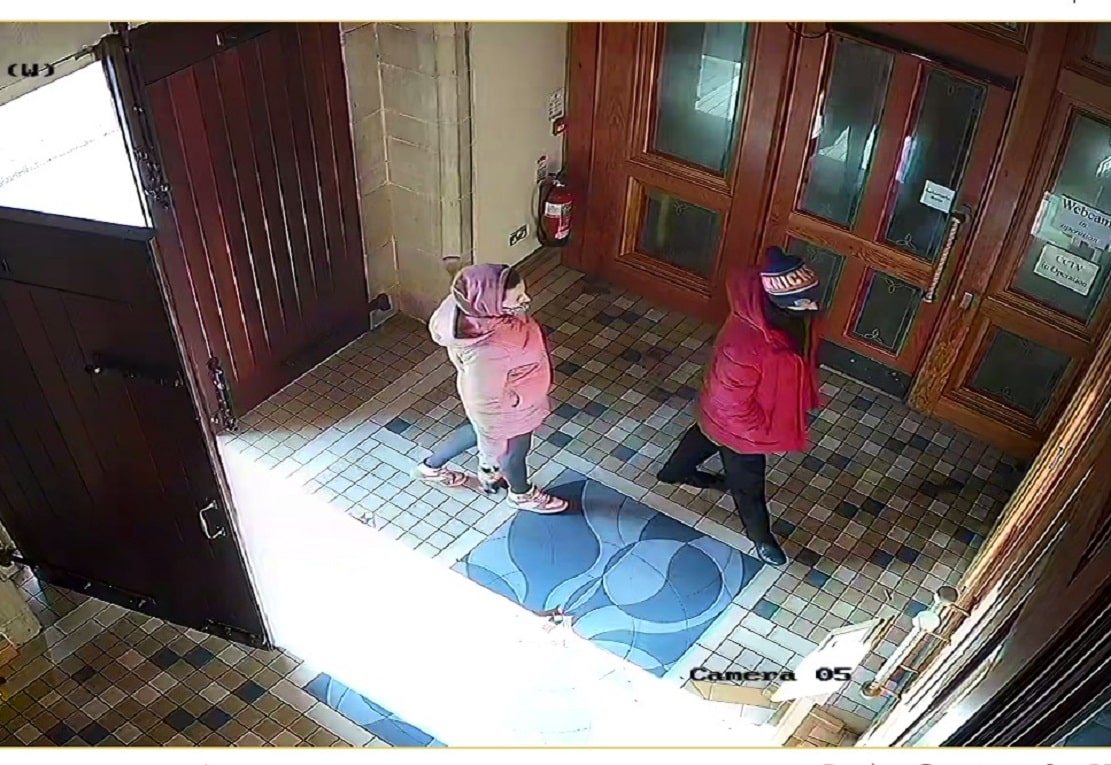 Police are appealing for information following reports of a break-in at a church in Dungannon last week.

The incident occurred at St Patrick’s Church on Circular Road on Friday, December 30, when CCTV caught a man and a woman, both wearing hats and facemasks, entering the church.

The Parish of Dungannon released a CCTV image of the suspects and said in a statement: “Unfortunately, during the afternoon of Friday 30 December 2022, between 2.30pm – 3.00pm, we had a break in, when a man and a woman entered the Church, and the man forced open the door from the Altar into the Sacristy.”

The statement continued: “The man entered the Sacristy; however he seems to have been disturbed and they left without taking anything.

“Police have been notified and we urge any members of the public who may recognise the two people involved to contact the PSNI.”

Police Sergeant Pollock said: “It was reported that around 2.30pm a man and woman entered the church. They appeared to sit as though in prayer for around fifteen minutes before the man forced entry to the sacristy, causing damage to the door.

“Thankfully, at this stage it appears that the man left empty-handed.

“We are appealing for anyone with information or who may have noticed any suspicious activity in the vicinity of the church to contact police on 101 quoting reference number 1691 of 30/12/22.”

Information can also be provided to Crimestoppers anonymously on 0800 555 111 or online at www.crimestoppers-uk.org.