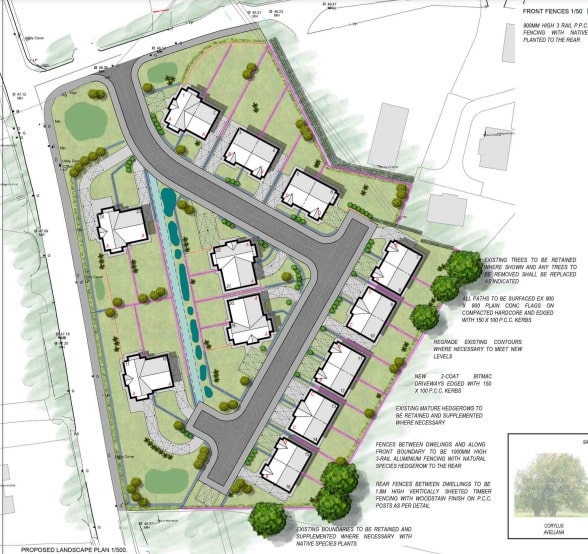 Lodged by agent O’Callaghan Planning, the application seeks permission to demolish a dwelling and ancillary sheds and outbuildings, including the removal of paddock and horse walker, and replace them with a development of 24 homes at 114 Eglish Road.

According to the application form, the 1.14 hectare site is currently in domestic use and the development will result in alterations to the existing access to a public road.

Water will be provided to the development by the mains and both surface water and foul sewage will also be disposed of via the mains. It is also noted the site is within an area of known flood risk as identified on rivers agency strategic flood maps.

A flood risk assessment has been submitted along with the application and its conclusion is as follows.

“All proposed development structures (roads, driveways and houses) are outside the one per cent probability flood plain,” reads the assessment.

“The development is not expected to increase flood risk anywhere outside the site boundary.”