The new 12,000 sq ft school - including sports pitches and tennis courts - will cater for 700 students with full details to be revealed online 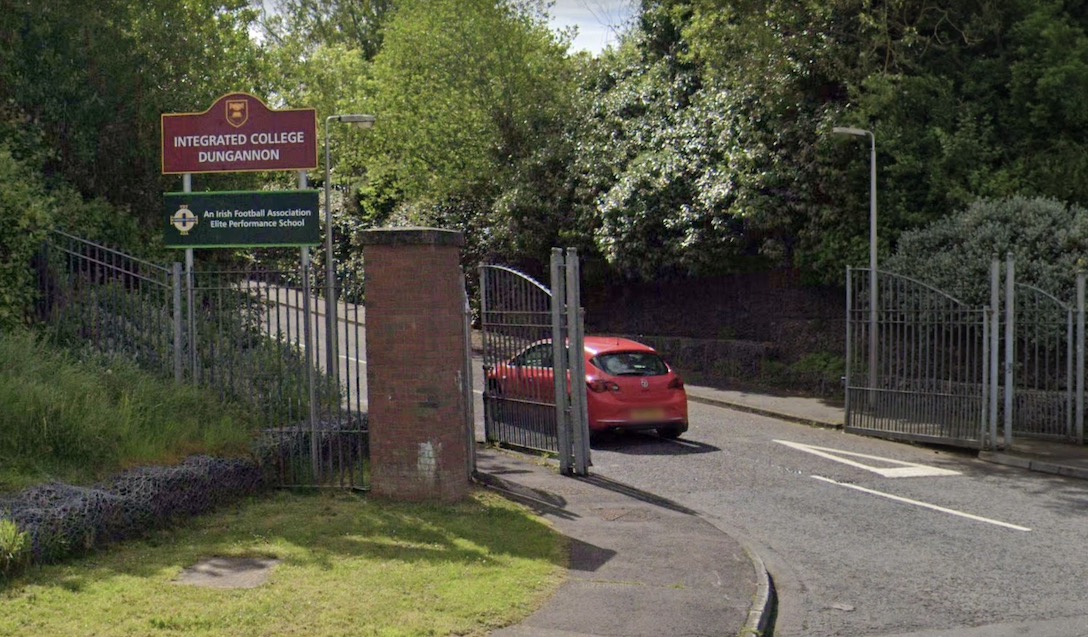 Plans for a multi-million replacement school for Dungannon Integrated College will be unveiled to the public next month.

The new-build has been some years in the pipeline but it now seems set to proceed.

Already a separate application has been made for the positioning of ‘temporary mobile classroom accommodation’ at the school to enable day-to-day teaching and activities to continue when work finally does go on site.

The project – representing a huge investment in local educational provision – will see the demolition of the existing college, which first opened its doors in September 1995.

The school may have remained as Dungannon Integrated College but today it meets the needs of pupils from across Counties Armagh and Tyrone and some from even further afield.

The new-build – which would offer floorspace of over 12,000 sq ft – is required to facilitate such a large number of pupils at a college where the initial intake was just 60.

Such is the magnitude of the proposed new development that a pre-application notice has had to be lodged with Mid-Ulster District Council.

This, on behalf of the Board of Governors of Integrated College Dungannon, confirms that proposals will be revealed online for 10 days in November. There will also be a drop-in event too, which will be held at the school itself, on Dungannon’s Gortmerron Link Road.

Works will include the demolition of existing buildings and the phased construction of new school accommodation and extension to the existing sports block.

Vehicular and pedestrian access to the main school site will be maintained off Gortmerron Link Road and an additional access point is proposed through to Stevenson Park Rugby grounds, to facilitate the southern pitches.

Neighbours will receive details of the proposals next month to give them the chance to submit feedback. Local councillors and MLAs are being informed this week, as well as two stakeholders, namely the Donnelly Group and Dungannon Rugby Club.

After the closing of the pre-application consultations, views and suggestions will be taken on board before a full planning application is submitted.