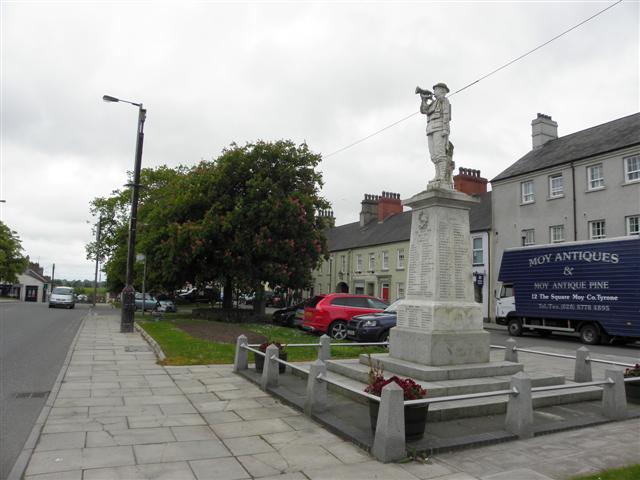 Copyright Kenneth Allen and licensed for reuse under this Creative Commons Licence.

A Dungannon councillor has called for a meeting with the Moy branch of the Royal British Legion to be expedited following another attack on the village’s cenotaph.

At a meeting of Council’s development committee earlier this month, UUP group leader, Councillor Walter Cuddy told of “a particularly nasty” attack on the cenotaph and requested a meeting between councillors, council officials and the Royal British Legion to try and put a stop to this vandalism.

The meeting was agreed to by the committee’s Chair, Sinn Fein councillor Dominic Molloy who branded the actions of those responsible as “disgraceful”.

However, at Council’s monthly meeting on Thursday, Councillor Cuddy told the chamber Moy’s cenotaph had been vandalised again in the interim period between both meetings and urged Council to bring forward its planned meeting with the Royal British Legion.

“This issue was raised earlier this month and since then the wreathes at Moy cenotaph have been damaged again,” he said.

“It is only the good work of some of the residents in the village that has seen them all put back in again.

“I think the Chair of the committee, Councillor Molloy agreed to a site visit for councillors, officers and representatives of the Legion to discuss a way forward and I would like to fast forward that meeting.

“I think, on the back of this latest attack, the Legion would like to have that meeting sooner rather than later to find some way forward to try and protect the two monuments.”

This proposal was seconded by Councillor Dominic Molloy and Council’s Chair, Councillor Paul McClean confirmed officers would get to work on arranging a meeting that will be open to all interested Dungannon councillors to attend.