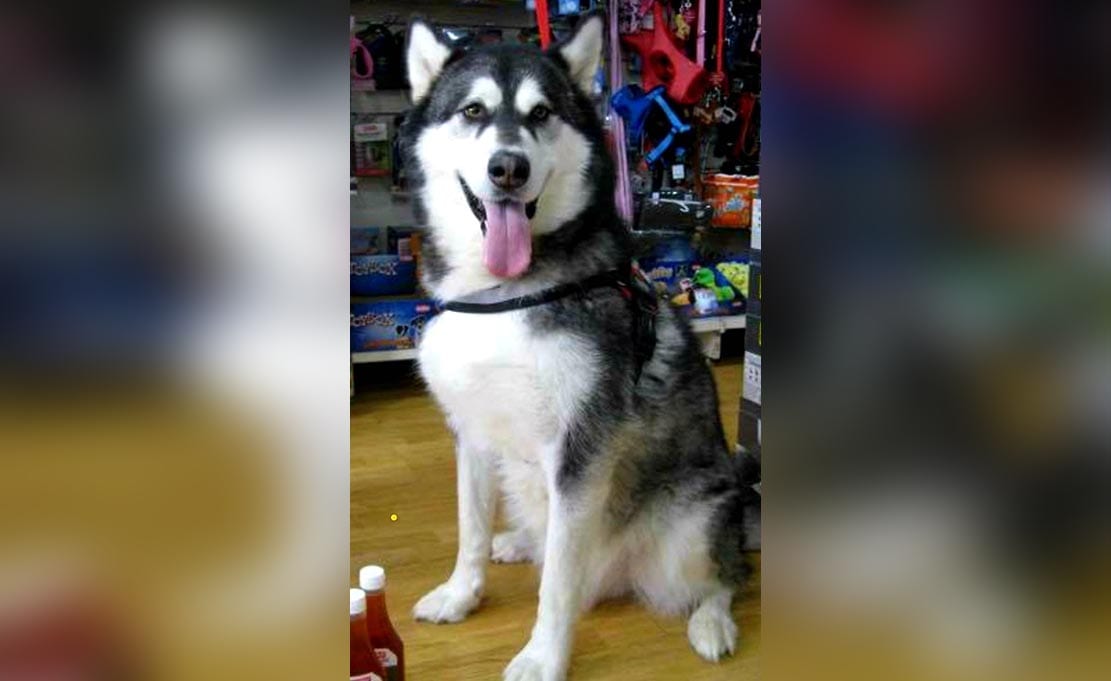 This beautiful Husky dog has died after a suspected poisoning incident at a rescue centre near Moy.

Police are now investigating an incident at the Tyrone Husky Rescue centre on the Mullybrannon Road.

A PSNI spokesperson stated: “Sickening to have to report this, a dog has died and another has been very ill after they were poisoned in Dungannon.

“At present we are investigating what we believe to be a malicious attack on the Tyrone Husky Rescue centre.”

“Junior (pictured) was poisoned and died soon after despite best efforts to save him. He was a much loved gentle giant who will be sorely missed.

“Another dog Tuatha is still recovering after being poisoned around two weeks ago.”

The rescue centre is a small, non-profit organisation that rescue and rehome Huskies and Husky crossbreeds.