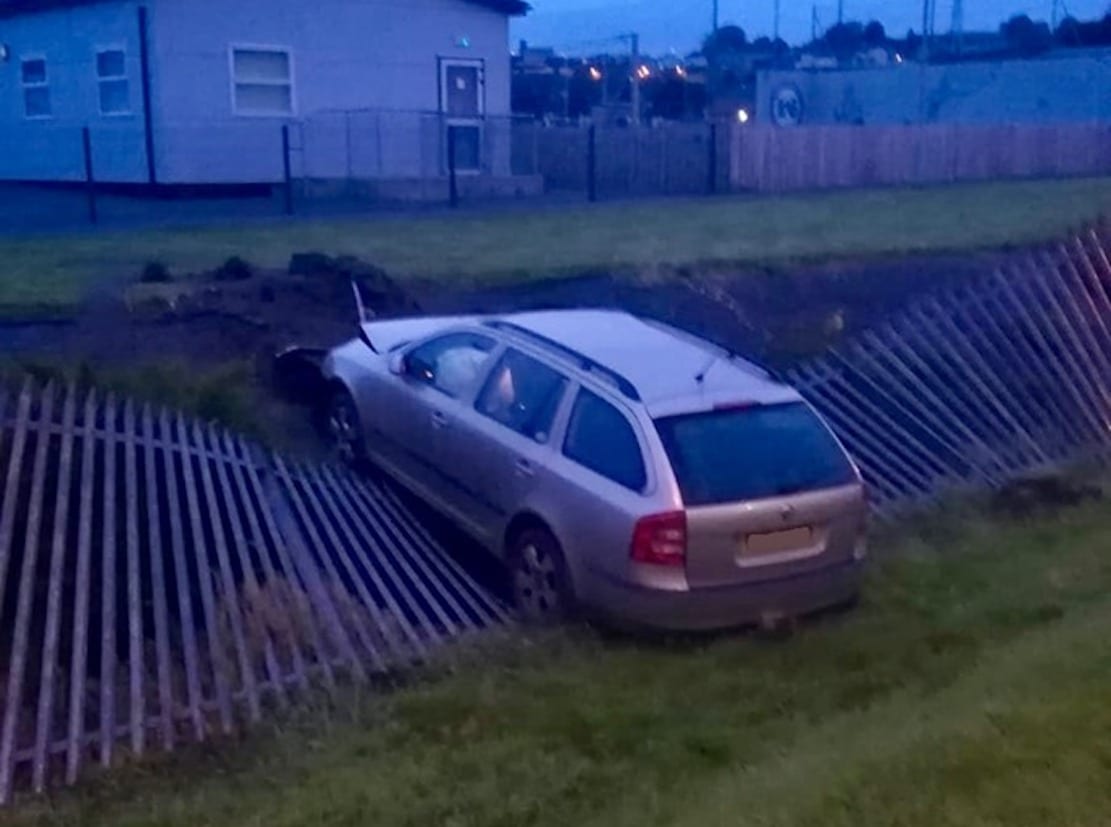 This is the frightening aftermath of a drunk driver who ploughed straight through a metal fence in Dungannon on Saturday evening.

Police shared the image just days after sharing a video of an erratic drunk driver – in the same area – went viral.

“So barely a few days after the video of the drunk driver and hardly a stone’s throw from where it was filmed, we have another selfish drunk arrested and in the cells for this,” PSNI in Dungannon posted.

“This wannabe killer ploughed straight through the footpath where pedestrians had been moments before.

“Message just isn’t getting through.

“This wasn’t the only drink drive catch in the district tonight. Maybe we’re approaching the point where a photograph and public naming and shaming is required?”

Earlier this year, statistics revealed that more than 320 motorists were caught drink-driving on Northern Ireland’s roads during a one-month period in December 2018.

In one case, after being stopped by police for travelling at 101mph at 9am, the driver then subsequently also failed a roadside breath test, being nearly three times over the limit.

In another incident, after being involved in a collision, a driver was arrested for driving under the influence of drugs – and approximately £3,000 worth of suspected drugs were recovered from the vehicle.