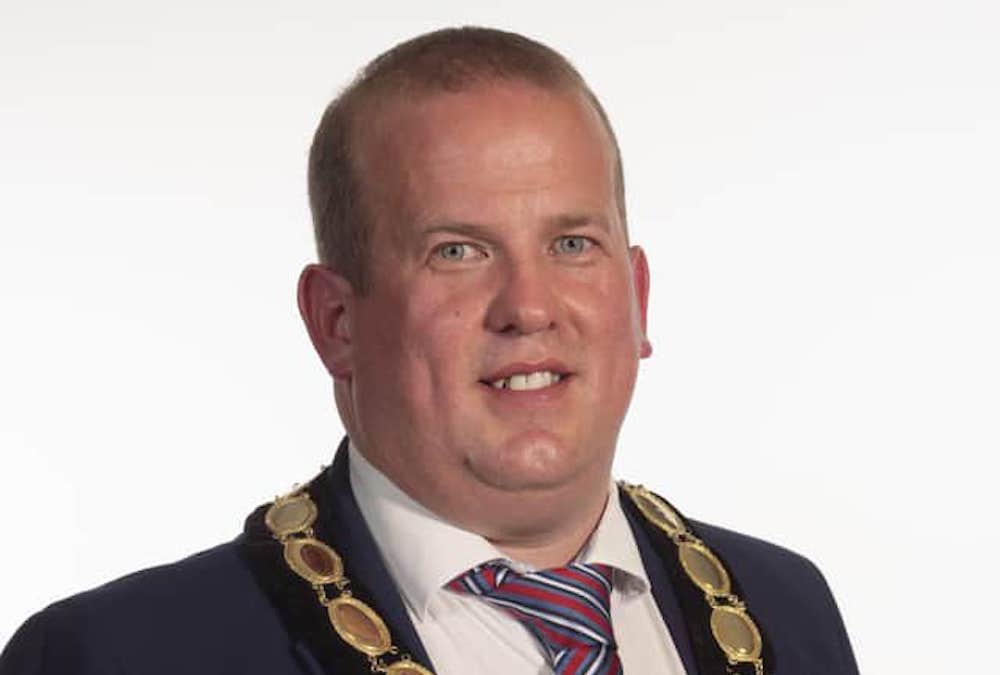 A Dungannon councillor has told a meeting of Mid Ulster District Council he will “not be apologising to the GAA” before he was cut off by the Council’s Chair, Sinn Fein Councillor Cora Corry.

At council’s monthly meeting on Thursday, September 22, Councillor Clement Cuthbertson was invited to apologise for remarks he made on social media in August claiming “the GAA still idolises convicted terrorists”.

His comments were made in relation to the Francie Hughes Memorial Tournament for children aged seven and a half and under. The tournament is named after the highly regarded former chairman of Coalisland Na Fianna who shares his name with a 1981 IRA hunger striker.

Speaking at the meeting, Torrent councillors Dan Kerr and Malachy Quinn conveyed what they said was the hurt and anger the comments had caused in Coalisland and called on the DUP councillor to apologise.

UUP Councillor Mark Glasgow also issued a statement criticising the tournament but has previously withdrawn his remarks and apologised.

“It seems that Councillor Cuthbertson’s obsession with attacking anything remotely Irish has led to him making a fool of himself while another Unionist councillor, without fact checking, released statements to try to be seen outdoing him. Cllr Cuthbertson obviously spends his days scrolling social media looking for something to be angry about.

“This obsession with demonising our culture has led to Cllr Cuthbertson attacking Coalisland a few times now and I call upon him to to explain how this embarrassing episode was allowed to happen and ask him to apologise to Coalisland Na Fianna and the Hughes family and stop attacking my culture.”

SDLP group leader, Councillor Malachy Quinn told the chamber the comments and lack of an apology had caused a lot of anger in Coalisland and said the remarks “brought the council into disrepute”.

“There was a lot of anger in relation to these comments and more for the fact he has yet to apologise for them,” said Cllr Quinn.

“He attacked people that were attending the event and the teams that were taking part, it was not just one isolated event and I received a lot of calls expressing anger that day.

“In my view, it brought the council into disrepute as this is a councillor attacking a local GAA event. Simple research would have shown it was not what he was claiming and I think it would be appropriate for the councillor to apologise for those remarks.”

In response, Cllr Cuthbertson said he would not be apologising and referenced footage from two years ago, shared on social media, which appeared to show people in Dungannon Thomas Carke’s GAC tops flouting social distancing guidelines in place at the time and allegedly using sectarian language.

“I will not be apologising to the GAA. The GAA continually idolise terrorists, should that be in recent years, or 100 years ago,” said Cllr Cuthbertson.

“Just when we are talking about social media, my feed came up with a memory from two years ago today where Thomas Clarke fans, and members of the public wearing Thomas Clarke shirts, were on video singing a sectarian, misogynistic song. There has still been no apology for this.”

At this point Cllr Corry told Cllr Cuthbertson that “we are not here to bash organisations” and asked him to address the matter at hand.

He told her he was responding as requested and went on to say the GAA has “many tournaments named after the IRA” telling the chamber “the list is continual”.

The Chair then told Cllr Cuthbertson these issues had been raised previously so she would be turning off his microphone to which he asked if the chamber doesn’t “want to hear about the past and how the GAA idolises terrorists”.

Council’s chief executive, Adrian McCreesh interjected at this point reminding members “the ruling of the Chair is final”.

Bringing the discussion to a swift end, Cllr Corry told Cllr Cuthbertson he had been invited to address the issue at hand. “You are clearly not going to do so, so I am going to move on,” said the Chair.