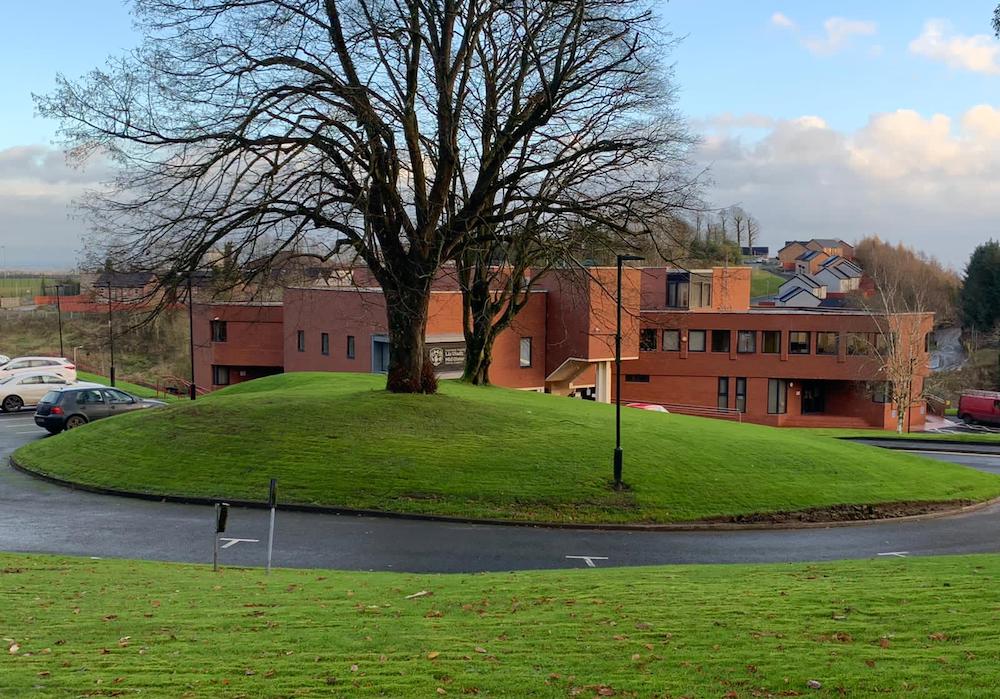 Mid Ulster District Council is to hold a civic reception for a Coalisland football team that was fined after some players were filmed chanting pro-IRA songs.

The footage, which has been reviewed by the Irish Football Association and resulted in Coalisland Athletic FC being fined £250, came in the aftermath of the club’s 4-1 victory over Bangor Young Men in the junior cup final at Windsor Park on May 2.

Speaking at the council’s monthly meeting on Thursday, Councillor Clement Cuthbertson praised the club’s “good sporting achievement” but said he was unaware of an apology from the club for the actions captured in the video.

He called on the council to postpone holding a civic reception for the club until such time as an apology was forthcoming.

“Unfortunately, the success on the field was overshadowed in the team bus,” said the DUP councillor.

“Given that, I would propose any civic reception is put on hold until an apology is widely circulated for the people of the district to see. I think it would be unwise to proceed with a civic reception with this dark cloud hanging over the whole thing.”

Council’s chair, Councillor Paul McLean explained the request had been screened against the council’s policy and was fit to proceed on that basis but said he would listen to the will of the chamber to determine the best way forward.

Ulster Unionist Party group leader, Councillor Walter Cuddy said Cllr Cuthbertson made a good point and claimed the fact the club had not offered up an apology was “wrong”.

“For us to pretend it didn’t happen or to say we will just forget about is strange,” said Cllr Cuddy.

“I know if it was a flute band or something they would be essentially blacklisted within this organisation and there has to be fair rules right across the board.

“No-one can justify what was done on that bus. There is evidence there, especially with the IFA having come out and issued the fine and I think the club management needs to recognise this before the civic reception happens.”

Sinn Fein group leader, Councillor Cathal Mallaghan told the chamber the council does not have a policy that dictates what way people behave on a bus to and from a match.

“It is about the achievement of the individual or team. We are not the arbitrators for sport, we are certainly not here to determine who should make apologies,” he said.

“We are here to recognise achievement. That is the job of the local council. It is very unfortunate this has been brought up tonight when it has already been dealt with by the governing body but that is just my view on it, chair.”

Councillor Dan Kerr said he was in agreement with Cllr Mallaghan and proposed that the civic reception takes place as normal.

SDLP group leader Councillor Malachy Quinn said the club had already been punished for the “actions of a few”  and described Cllr Cuthbertson’s proposal as “a bit of political point scoring”.

Councillor Mark Glasgow said Cllr Cuthbertson’s proposal was “very modest” and told the chamber he would be supporting it.

Council chair, Cllr McLean then asked the chamber if they would accept putting the application for civic recognition on hold until he spoke to the club but with no agreement on that idea, Cllr Cuthbertson’s proposal was put to a vote.

It was defeated and so the civic reception will proceed as planned.