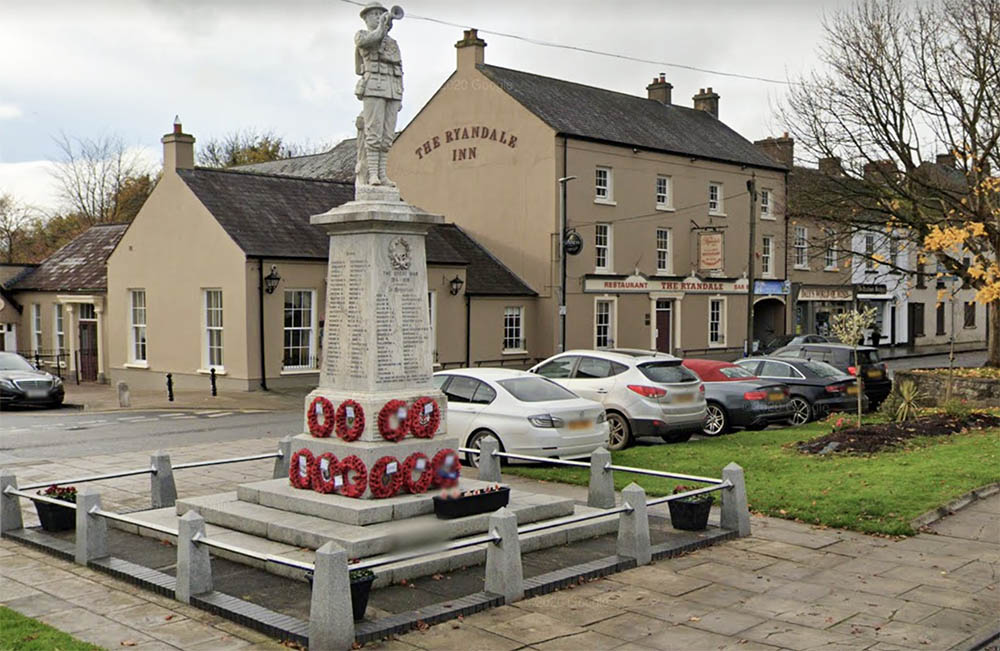 There has been a call to repair damage caused by vandals in Moy Square, including at the village war memorial.

A wreath was thrown onto the road, a flower pot was broken and a number of trees were also uprooted.

“The war memorial seems to have been attacked and poppy wreathes have been scattered across the area,” he said.

“There were four matching flower pots at the four corners of the cenotaph and one of them has been smashed and on top of that, there are a number of trees that have been planted in recent years and a few them have been uprooted in the square as well.

“I would like officers to look at that and make contact with the Royal British Legion about the incident as well.”

Meanwhile, the PSNI has issued an appeal for witnesses to the vandalism which officers believe took place on either Saturday, June 19 or the early hours of Sunday, June 20.

“Officers were on patrol in the Square in the early hours of Sunday, June 20 when, at around 2.25am, they observed a broken flower pot, matching others placed around the War Memorial, and a memorial wreath, lying in the middle of the road,” said Sergeant Gracey.

“Soil had also been scattered across the road.

“Enquiries are continuing into the incident, which is also being treated as a hate crime, and police are appealing for anyone who was in the area at the time, and may have seen any suspicious activity, to contact them on 101, quoting reference number 336 of 20/06/21.”