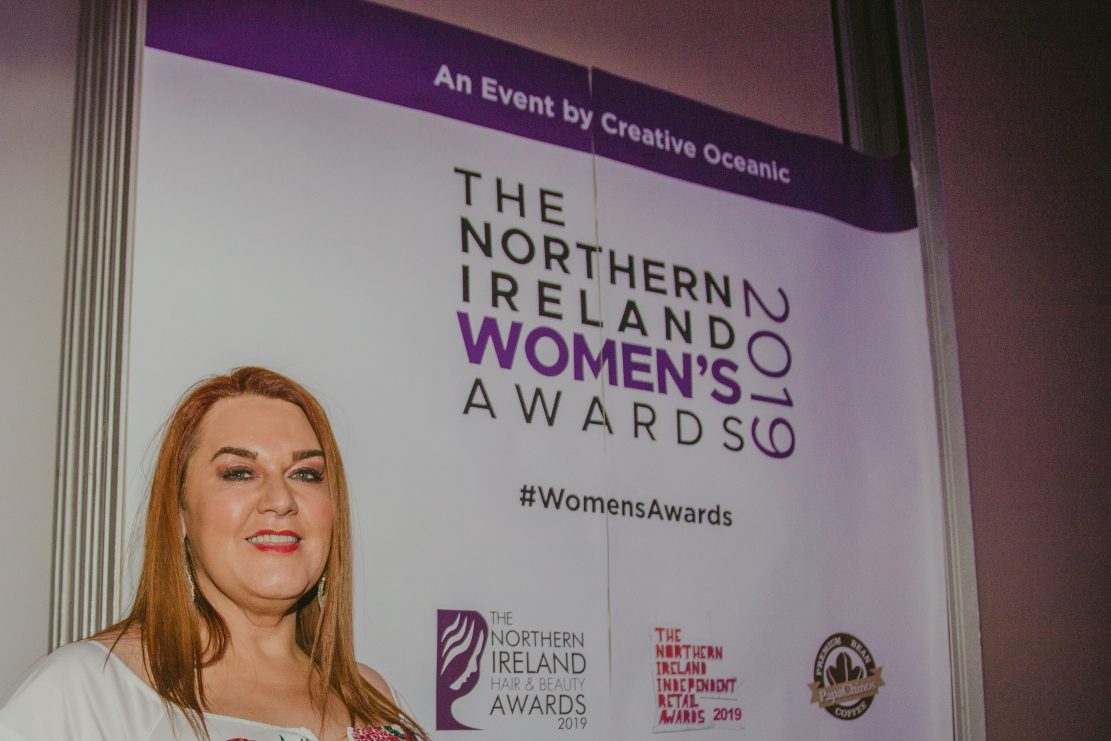 A Co Tyrone woman has picked up one of the top awards at a special event rewarding inspiring women and celebrating female successes.

The awards – held at the Wellington Park Hotel in Belfast – honoured the talent and hard work of female professionals and entrepreneurs across the region.

It celebrated the achievements of women entrepreneurs, business women, professionals, civil servants, charity workers and others that make Northern Ireland “a great and more equal place to live and work”.

She said: “I absolutely love my job as chief executive of Mid and East Antrim Borough Council.

“It is a challenging, and complex role but I get a real buzz from what I do every day.

“It is my privilege to lead up such a great council, which is so high-performing across many areas.

“I have been a chief executive for 12 years, and in that time I have met so many inspiring people and had the opportunity to work with the public, private and community sector.”

Speaking at the awards ceremony, Ms Donaghy shared how honoured she felt to have the opportunity to have a real and positive impact in people’s day to day lives.

She thanked the organisers for their support and paid tribute to them for recognising the vital role of female leadership in Northern Ireland.

“My job is so rewarding,” she said. “For me, the secret to being a successful chief executive is to build trust, confidence and an appreciation between elected members – your board – and the senior leadership of an organisation, as well as staff committed to delivery on the ground.

“This is the balance I strike in order for our organisation to achieve every day. I value all of my relationships across the board.

“I thank all of the business community who nominated and voted for me in these inaugural awards, and it is a great privilege for me to receive such prestigious recognition.

“I also want to thank all of those who continue to support me both professionally and personally, including our members and staff, and in particular I want to thank my sister and closest friend Kathleen, who also works in local government.

Creative Oceanic has delivered award ceremonies for nearly a decade in cities across the world. These include Belfast, Dublin, Toronto, London, Glasgow, Cardiff, Manchester Leicester, Birmingham and is soon launching in New York.

CEO Irfan Younis said: “Congratulations to all winners and finalists at the first ever Northern Ireland Women’s Awards 2019. We were delighted to host exceptional finalists who make such brilliant role models and are leading a new generation of women and girls to greater success and open doors. We look forward to growing this campaign and are excited to see it evolve over coming years.”