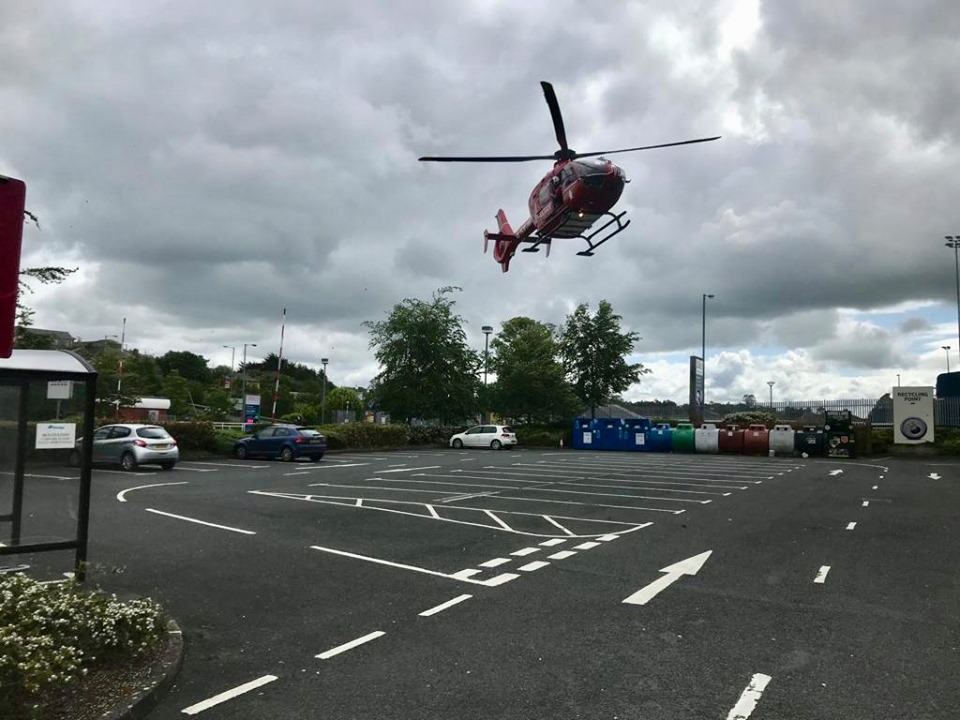 The Air Ambulance has been tasked to a serious road traffic collision in the centre of Dungannon.

It happened at the lower part of Scotch Street in the town centre.

Two cars are understood to have been involved in the collision, close to Tesco.

He added: “Thoughts and prayers are with those seriously injured.”

Two ambulances and rapid respone vehicles had been sent to the scene in addition to Air Ambulance.

A PSNI spokesperson advised motorists to stay away.

A PSNI spokesperson said: “Avoid the area and be aware of helicopter movements in the town.”