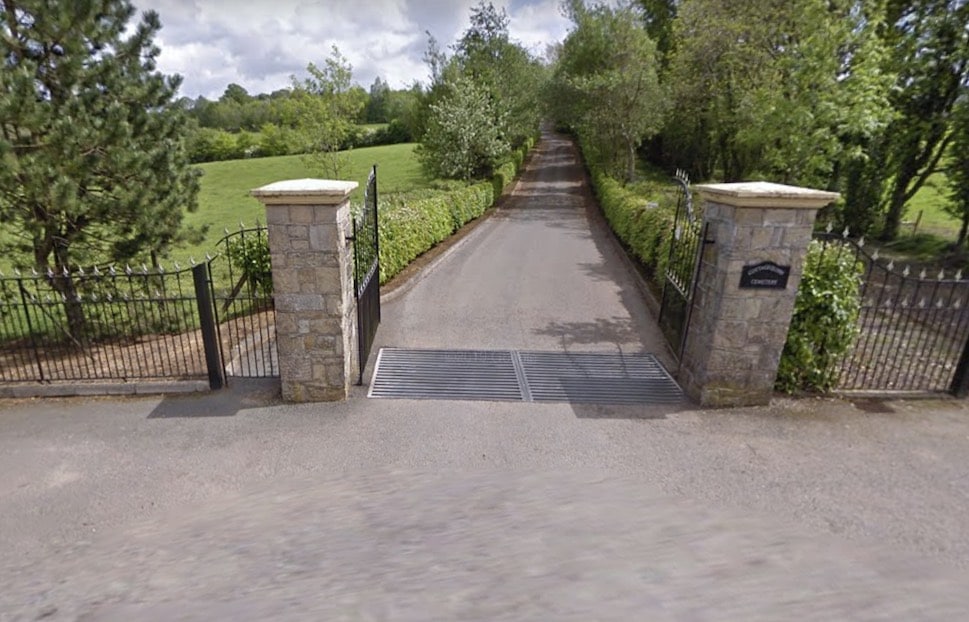 A plague of anti-social behaviour at a public park and cemetery in Dungannon is forcing councillors in the area to take action.

The Cottagequinn Cemetery will be forced to lock its gates at night to keep the perpetrators out.

And at Railway Park – which is set to undergo a multi-million pound redevelopment – urgent measures are to be considered in a bid to stamp out this scourge.

An action plan, which Councillor Kim Ashton had asked officers to bring, was presented to members of council’s development committee.

The report notes that local neighbourhood policing and the PCSP recognise Railway Park as a trouble ‘hot spot’ because of the number and nature of incidents associated with the location.

To achieve these goals, the plan lists 11 actions including the clearing of restrictive vegetation and sight-lines and enhancing the lighting around the park and under both underpasses.

While all other recommendations fall within budget, the estimated cost for vegetation and lighting improvements is £14,325.

As such, the action plan will also require the approval of council’s policy and resource committee.

Addressing the report Sinn Fein Councillor Dominic Molloy said there was also an urgent need to “repair or reinstall” the fence between the park and the Ballygawley Road to protect “not only the businesses but restrict the constant access up and down the bushes and shrubbery”.

He also enquired about funding for wardens that would be based in the building at Railway Park.

A council officer told him that was part of a separate project and was being organised during the transition to Mid Ulster District Council.

“At the time of the transition it was put forward in more generic terms as there were other pressures at the time in terms of the park’s development,” said the officer.

Council’s head of parks, Nigel Hill, confirmed that as a result of the investment at the time, two new posts were developed that are still in operation.

“Two 20 hour posts that provide a litter collection and inspection service in Railway Park on a daily basis, seven days a week are in operation,” said Mr Hill.

“It is not a full time service and they cover other areas as well. In the action plan we are suggesting we complement what we have at the moment because it isn’t enough.”

Independent Councillor Barry Monteith said he agree with Cllr Molloy and claimed the community had been told wardens would be in place.

“The community gave up a formidable asset and a considerable amount of space was lost to the community when the building was built,” said Cllr Monteith.

“The commitment given to the community was there would be a ‘permanent council presence’ and that is the exact wording that was used.

“That was made quite clear and that was the understanding under which councillors went to the local community and asked them to back that proposal.

“We are where we are, but we need to get back to that. There needs to be staff based at the park.”

He also called for one meeting a month between officers and local councillors to get things moving in the right direction as soon as possible.

DUP councillor Kim Ashton thanked the officers for the paper and asked for a completion column to be added to the plan.

“I think sometimes we set these things out and let them drop off,” said Cllr Ashton.

“I would ask that a completion column is put in to make sure we are meeting these target deadlines so that Dungannon members can ensure that these targets are completed as planned.”

Ulster Unionist group leader, Councillor Walter Cuddy said he was in total agreement with all that had been said.

“The park is a significant part of our ‘circular park’ ambition. It is a great plan and I think we should be looking to drive it forward,” said Cllr Cuddy.

“It is a pity several individuals can create so much disturbance in the evening but when you have more positive people using the park it does drive out this vandalism.

“This situation is very important to all councillors in Dungannon town.”

The committee Chair, Councillor John McNamee praised Dungannon councillors’ efforts in addressing this issue and said he hoped the matter would be resolved in a timely manner.

“It is great to see the plan on paper now and hopefully going forward with all these different meetings you will progress it speedily,” said the committee Chair.

The proposal to adopt the report, ask the policy and resources committee to approve the additional funding and establish Dungannon DEA meetings to further discuss the issue was proposed by Cllr Dominic Molloy and seconded by Cllr Kim Ashton.

Elsewhere in Dungannon, action is being taken now to try and stop incidents of anti-social behaviour at Cottagequinn Cemetery, an issue first brought to council’s attention by Councillor Clement Cuthbertson in August.

At the time he said cars were heading up to the graveyard at night “doing doughnuts and spinning about and all sorts” and warned that if it is not nipped in the bud it was “only a matter of time before damage is done”.

At October’s meeting of the environment committee, council’s head of property services, Terry Scullion explained: “In June 2019, we made a decision to keep the gates at all our operational cemeteries open 24/7 for vehicle access.

“Currently, Cottagequinn Cemetery remains open but if members wish for us to lock it daily that can be done but members need to be aware that is a variation from the policy we have with the rest of our operational cemeteries.

“There will also be an additional revenue cost to appoint a person to carry this function out.”

Mr Scullion said if it were to happen the cemetery gates would be closed from dusk until 8am.

Cllr Cuthbertson thanked Mr Scullion for bringing the matter forward and said it was “unfortunate” the issue even needed to be discussed.

“Relatives of those in the graveyard are very concerned about what is happening on a weekly, even nightly, basis at Coattagequinn and fear it could develop into vandalism,” said the DUP representative.

“While it is practice to keep the cemeteries open, Cottagequinn is slightly different as it is more or less a rural area and not in a built up area with street lights.”

Councillor Cuthbertson then proposed that for a temporary period, to allow the decision to be reviewed in the future, the gates to Cottagequinn Cemetery be closed from dusk until dawn.

“It is a regrettable decision to have to take but I think over the winter months it will be the safest thing to do,” said Cllr Cuthbertson.

“I don’t see how there will be much of a cost as somebody will be at Dungannon Park, locking it from dusk to dawn, so potentially the people locking Cottagequinn Cemetery could tie in with staff at Dungannon Park.”

The proposal was seconded by DUP councillor Wilbert Buchanan and is expected to be ratified at Council’s monthly meeting this Thursday (October, 22).