Drugs raid uncovers £10,000 worth of cannabis and suspected cocaine 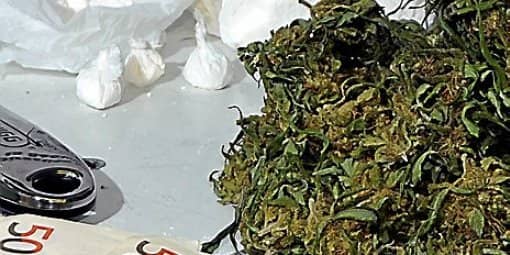 A quantity of cannabis and suspected cocaine following the planned search of a house in Poyntzpass.

A search was conducted on Tuesday, 8 July by E District’s Tactical Crime Unit, and cannabis, white powder and a sum of cash, estimated to be £10,000 was seized, in addition to documentation.

Enquiries are ongoing and police would ask anyone with information in relationto this seizure to contact them on the 101 non-emergency number.

Meanwhile police in Lurgan are appealing for information following an incident of criminal damage on Braemar Avenue.

Around 1.50am on Wednesday, 9 July the front window of a house was damaged with a stone.

It is believed that two people may have been involved. A grey Renault Megane was seen in the area around the time.

Police are appealing to anyone who has information in relation to this incident to contact them in Lurgan on the 101 non-emergency number, quoting ref: 582090714. If you prefer to provide information without giving your details you can contact the independent Crimestoppers charity anonymously on 0800 555 111.