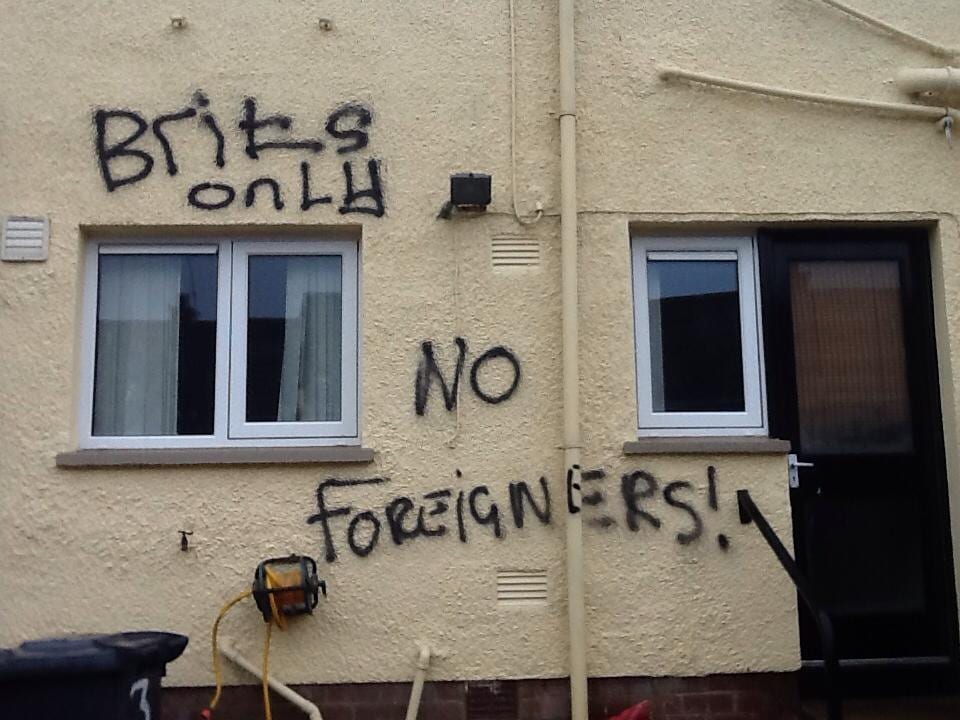 Police in Craigavon have taken to social media to share the shocking graffiti which has appeared on local homes after a spate of so-called ‘hate crimes’ in the area.

Police say they received and were investigating reports of racist and sectarian graffiti in the Westland Road area of Portadown today.

And they followed up with confirmation of a further THREE reports of a similar nature.

Police in Craigavon, via their Facebook page, stated: “It appears that there are members of the community who feel that it is OK to act in a racist nature and intimidate people from their homes.

“Police will not tolerate this behaviour nor should the community. If you know anything about these incidents please contact Portadown police on 101 or Crimestoppers on 0800 555 111.”

Earlier they appealed for people who had been victims of such attacks to come forward. They said: “The neighbourhood you live in is just that – a neighbourhood with a mix of people from all walks of life and it is up to each one of you to make it a community. To make it a safe place where you can move around freely and go about your daily business… without fear of crime.

“There is no place for hate crime in our communities in Portadown. If you are unhappy with the actions of others in your neighbourhood there are legitimate steps you can take – you can report crime to us, you can report housing problems to the appropriate housing association, you can work with your community to find solutions together.”