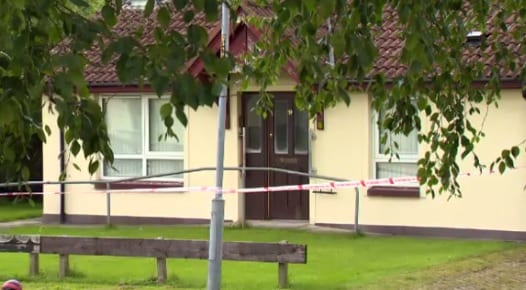 An elderly and disabled man viciously attacked and robbed in his Bessbrook home almost three months ago has died.

Eugene Carr, who was in his seventies, passed away in hospital just after teatime tonight (Tuesday).

Neighbours say that Mr Carr never recovered from the horrific ordeal which he went through during the early hours of Monday, August 31. The incident caused shock and outrage in the local community.

The frail pensioneer was left in a critical condition after being attacked by three burglars in the bedroom of his home at Clogheraven Park, at around 2.40am.

Local Councillor Roisin Mulgrew, knows the family and says local people will feel the loss in such a tight-knit community.

She told Armagh I: “The whole community will be shocked and saddened by this news this evening.

“It has been, and will be, an extremely difficult time for the family and my thoughts are with them tonight.”

“The Bessbrook community is a very good community and they too will be shattered tonight.”

The Sinn Fein representative added: “My main role now will be to support them through this.”

After he was attacked, Mr Carr was initially taken to Daisy Hill Hospital in Newry and later transferred to the Royal Victoria Hospital.

Police later confirmed that he may have been stabbed with a hook.

He sustained serious injuries during the attack, which saw the burglars also flee with a sum of money.

Although his condition was later reported to have been stable, sadly the popular Bessbrook gentleman has now died.

Investigations are continuing into the aggravated burglary.

It is not sure at this stage whether Mr Carr’s passing will lead to the investigation being treated as a murder enquiry.