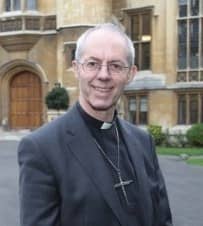 Representatives of the other main churches in the city are expected to attend a special service when the Archbishop of Canterbury, Rev Justin Welby, visits Armagh in the autumn, according to the Diocese of Down and Dromore.

The Church of Ireland Primate, Archbishop Richard Clarke, will welcome the Archbishop  to the Cathedral Church of St Patrick on Thursday, October 2.

The Diocese, in a statement posted under its ‘news’ category on the official website, said the Rev Gregory Dunstan, Dean of Armagh, was very much looking forward to welcoming Rev Welby to the Ecclesiastical City of Armagh and to St Patrick’s Cathedral.

“Since his appointment to Canterbury, Archbishop Welby has become known for thoughtful and clear–sighted Christian leadership, both in the Church of England and in the worldwide Anglican Communion,” reads the statement.

“He comes to Armagh as guest of our Primate Archbishop Clarke. His visit, however, is to Ireland as a province of the Anglican Communion, and to the city and diocese of Armagh, with its ancient inheritance from St Patrick.”