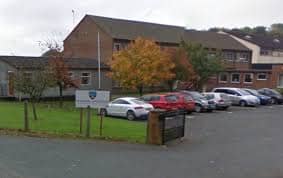 A formal Development Proposal is expected to be issued by the Southern Education and Library Board for public consultation, suggesting an increase in enrolment at Markethill High School from 465 to 500 from September 2015.

According to the official Markethill High School Past Pupils Facebook page, it would mean an annual increase in admissions from 93 to 100 pupils.

The administrators describe it as a “welcome development” which will “enhance the sustainability of the school and help to secure its future growth”.

The page asserts: “It is absolutely right for the local community and right for the school. It will go forward for public consultation in local and regional press in April.

“We hope that this will be the precursor to a new build and Sixth Form for the school.”

It was in December that the Governors of Markethill High submitted a formal Development Proposal to the SELB calling for the school to be allowed to grow.

The Governors were arguing for the “right decisions” on the school’s future to be made sooner rather than later.

Markethill Board of Governors chairman William Irwin, speaking at the time, said two years had passed since Education Minister John O’Dowd had first unveiled his vision for education, in which it was stated that popular and over-subscribed schools should be allowed to grow.