Derelict GAA social club in town centre to be demolished 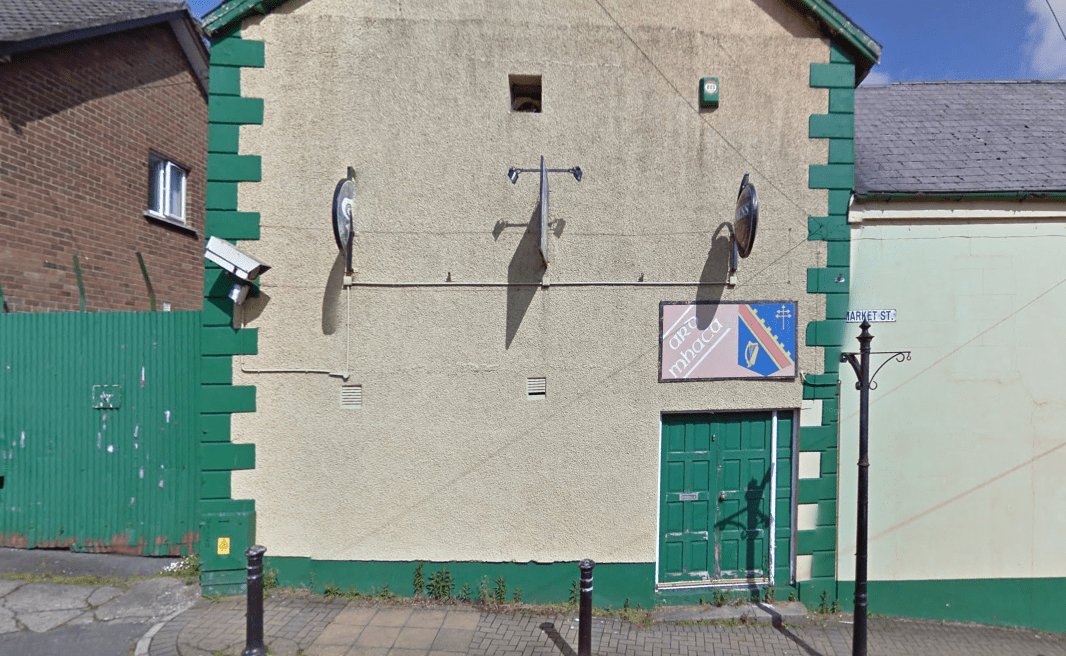 A derelict GAA social club in Keady, county Armagh could soon be demolished after plans for the job were re-advertised last week.

The run-down building has been a fixture of Market Street in the town for years but has lay vacant since the club moved to a purpose-built £500,000 facility at the opposite end of the town a number of years ago.

Plans submitted by Holmes & Doran Ltd on behalf of Malachy McClelland are for the demolition of “existing derelict social club building and erection of two dwelling houses”.

Neighbours have been notified of the plans to build the new houses.

Earlier this month Armagh I announced news of a major housing development getting the go-ahead in Keady – more than five years since plans were first submitted.

The development will now proceed on a site beside the Keady Business Centre on the Annvale Road.

The site on market Street, Keady in its current state

Proposed plans for the new developments