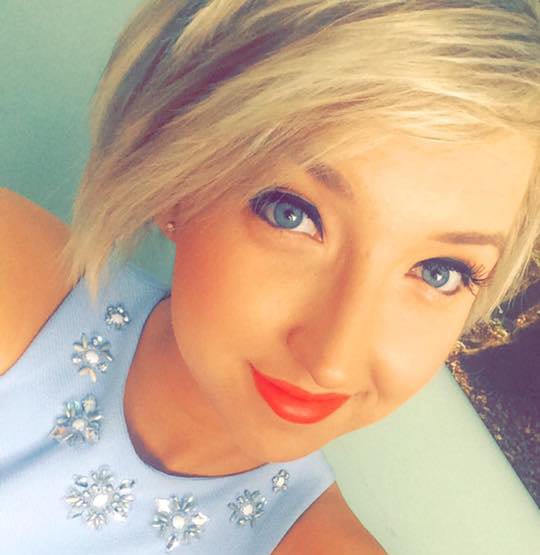 A community was rocked to its core at the weekend following the sudden death of popular Danica Nugent.

The 23-year-old, from Tassagh, was killed when the car she was travelling in crashed on the Newry Road, Crossmaglen during the early hours of Sunday morning.

A former pupil of St Patrick’s High School in Keady, Danica had recently graduated from Queen’s University, Belfast and was due to start a Masters later this month.

Her father Damien paid a very poignant and moving tribute to his daughter on her Facebook page.

He simply put: “Loved always forever missed to we meet again. Was honoured to be your da ❤?”

Councillor Sharon Haughey-Grimley, a friend of the family, expressed the utter sadness and grief felt by an entire community. “I am completely devastated for the Nugent family as they come to terms with losing their beloved Danica in such tragic circumstances,” she said.

“My thoughts and prayers are with Danica’s parents, her brothers and entire family circle, loved ones and friends. There are no words than can offer comfort at this difficult time but the entire Granemore community and indeed entire county are praying for the family that they may find the strength to come to terms with their great loss.

“Danica was taken far too young. She was a bright, beautiful and always pleasant young woman who her family could be so proud of. She had everything to live for but will now be an angel in heaven.

“Danica’s death comes just weeks after three young men also lost their lives on our roads. Its a terribly sad reminder to us all as road users to put safety first. Our roads and our cars are so dangerous and its heartbreaking to see another family devastated by a car accident.

“The prayers of the entire community are with the Nugent family as they say goodbye to their beautiful Danica.”

“She was such a bright, popular, loving girl. Everyone who met her loved her,” said Mr Boylan.

“She had just graduated from university and was about to start a Masters. She had the whole world at her feet. We cant believe she’s been taken away so early.

“Her friends and family are absolutely devastated. A bright light in all our lives has gone out.”