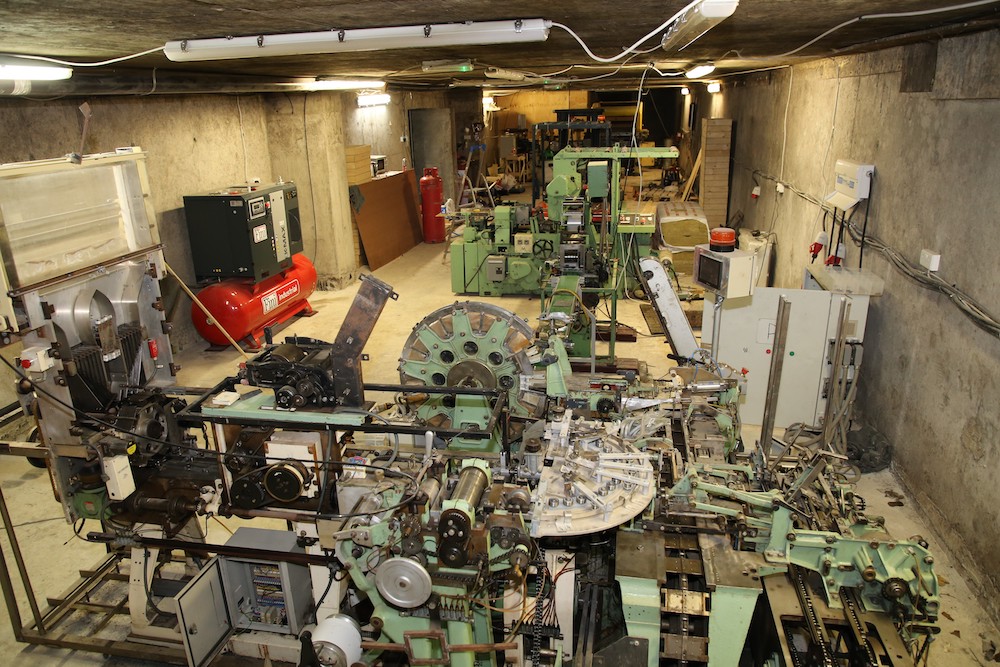 Two men have been jailed after an underground cigarette factory was discovered in County Armagh by HM Revenue & Customs (HMRC).

Searches of an outhouse revealed industrial scale cigarette manufacturing machinery, concealed in an underground concrete bunker that was accessed via a hidden door 10 feet off the ground and covered with a stack of wooden pallets. The men were charged with tax evasion and remanded in custody.

While the sophisticated factory was not yet operational, it was in the process of being set up by the pair and would have been capable of producing one million illicit cigarettes a day.

The machinery, estimated to be worth £270,000, was seized along with five bags of processed tobacco.

Solovjovs admitted to a further tax evasion charge in relation to a separate fraud in Newry in November 2018, when 1.4 million illicit cigarettes and approximately four tonnes of processed tobacco were seized. Both men pleaded guilty to all charges last month. Kondrats and Solovjovs were sentenced to two years imprisonment at Newry Crown Court October 2020.

Steve Tracey, Assistant Director, Fraud Investigation Service, HMRC, said: “Trade in illegal tobacco will not be tolerated by us. It undermines legitimate traders, including small, independent shops that serve local communities, and takes funding away from our vital public services. That’s why disrupting criminal trade is at the heart of our strategy to clampdown on the illicit tobacco market.

“Anyone with information about this type of crime can report it to HMRC online, or call our Fraud Hotline on 0800 788 887.”