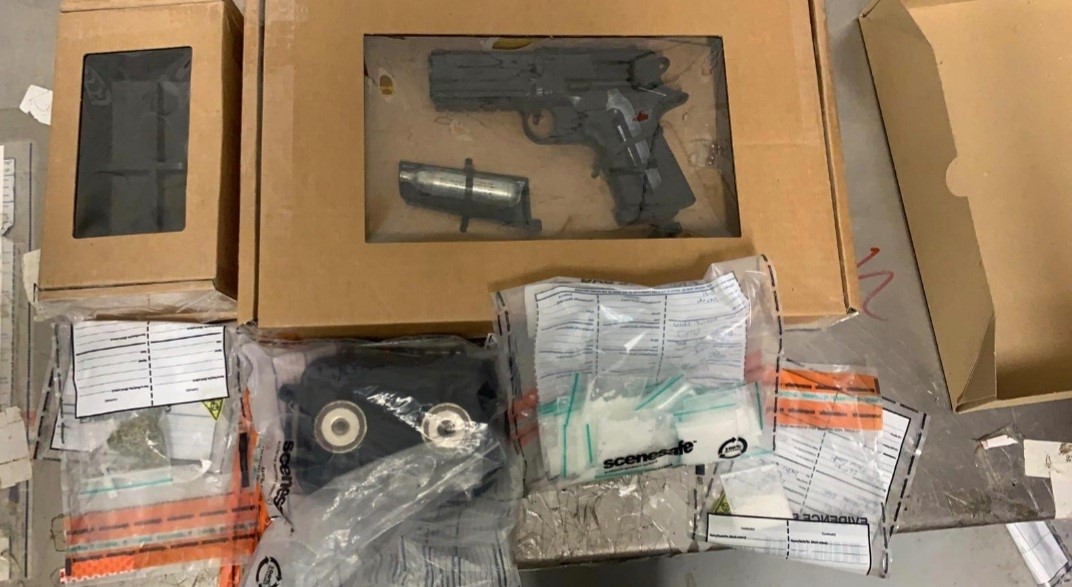 A teenager has been arrested and drugs and imitation firearm seized after an incident in south Armagh.

While attending a property in the area, local and neighbourhood policing team officers found an imitation firearm and a quantity of suspected Class A drugs with an estimated street value of £2,500.

The teen was arrested on suspicion of a number of offences, including possession of Class A controlled drugs with intent to supply and assaulting police.

He remains in custody at this time, assisting with enquiries.