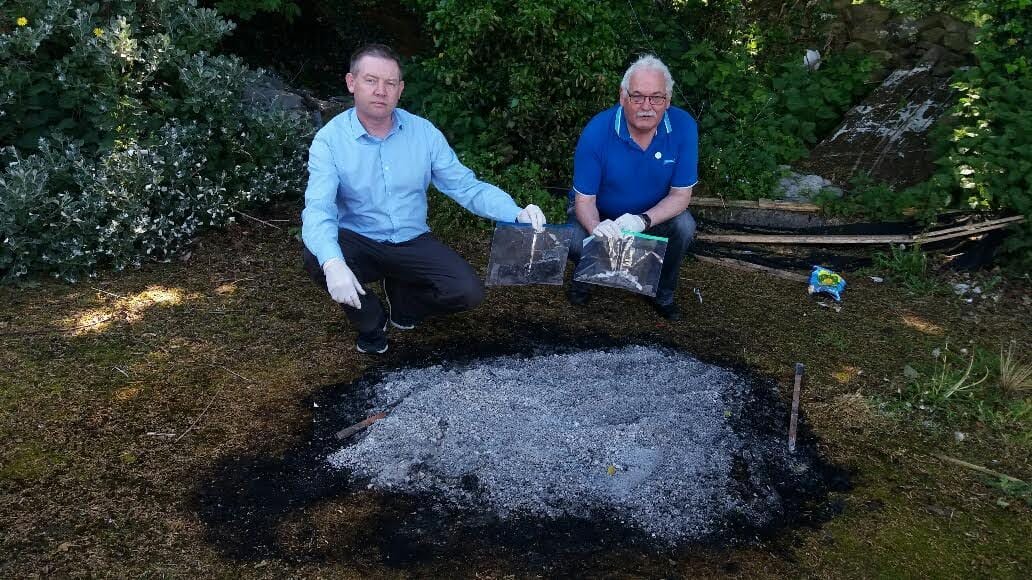 A large quantity of drugs and a number of mobile phones were destroyed in a fire at south Armagh village this week, it has been claimed.

The fire was reported later to the PSNI given the close proximity to Jonesborough Primary School.

Slieve Gullion Sinn Fein Councillor Mickey Larkin welcomed the destruction of what he described as a “substantial quantity of drugs” on Tuesday morning.

He said he had received information from “community sources indicating that drugs which were discovered in the village had been destroyed in a fire”.

Councillor Larkin said: “I immediately forwarded the details to the PSNI and impressed upon them the urgency of the matter due to the close proximity of Jonesborough Primary School.

“Along with other community activists I visited the scene of the fire and found what appeared to be the remnants of a large amount of drugs which had been burned. A number of mobile phones had also been destroyed in the blaze.

“Sinn Féin welcomes the removal of these drugs from within our community. For too long those who deal with these deadly substances have preyed upon our young people and have profited from their misery.

“Drugs have been the cause of too many deaths in our community, and the criminality and family breakdowns they bring has a prolonged impact on our social cohesion.

“Our community has had enough. Drug dealers and their poisonous substances are not welcome in Jonesborough and Slieve Gullion area.

“If we are to rid our communities of drugs and protect our children it is imperative that anyone with information relating to the dealing or storing of drugs contacts either the police or their elected representatives.

“The residents of Jonesborough deserve to live free from the scourge of drugs.”