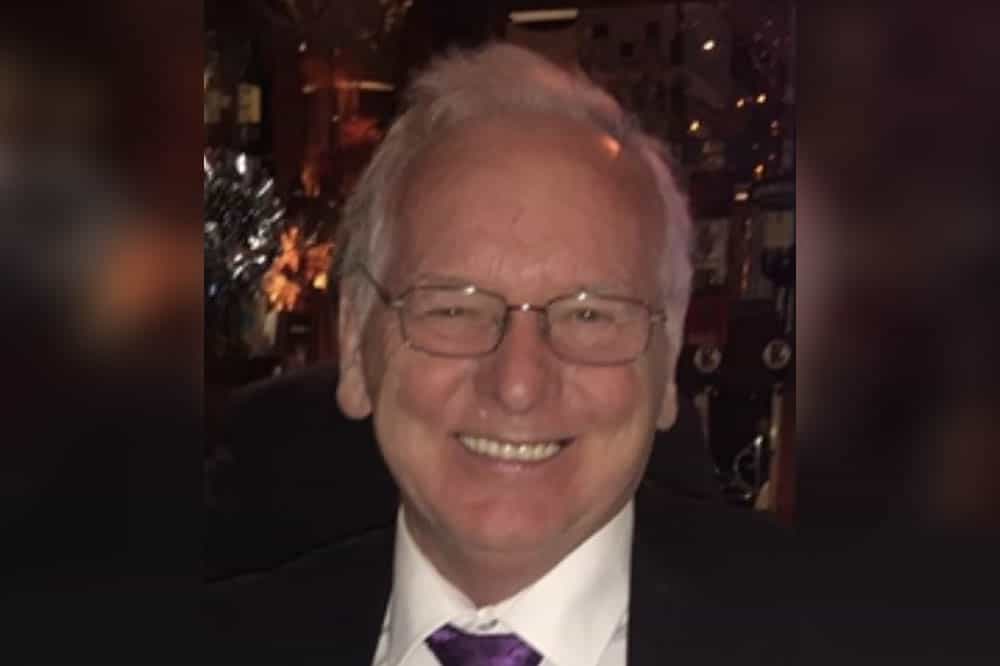 Crossmaglen and the wider south Armagh community is mourning the loss of one of the best – a man who selflessly, and without hesitation, came to the aid of so many in their time of need.

Thomas McKenna, who bravely battled cancer, passed away in the loving arms of his family at his Crievekeeran home on Monday evening.

Near and afar, tributes have been pouring in for Thomas, a devoted husband to Sally, cherished father of Seamus and the late Gerard RIP.

One of the nicest people you could ever wish to meet, Thomas was instrumental in helping set up Crossmaglen Community First Responders where he acted as chairman and “fatherly figure on the team”.

Such was the mark of the man, his recent illness did not deter him from this voluntary role, continuing to attend calls – always putting others before himself.

Thomas was “the heart and soul of our first responder group,” the group said in an online tribute.

“A hard working volunteer who attended calls day and night, even during his sickness, his priority was always to help other people, often before himself,” they said.

“Thomas, was a gentleman, in every sense of the word. A fatherly figure on the team. He looked after every one of our volunteers as if they were his family.

“Thomas and Sally opened both their hearts and home to the group members.

“Thomas’s motto was always, no problem, if he could help you in any way, he would. He was supportive, encouraging and always got the job done efficiently and effectively.

“He was also known to bring a laugh, a joke, or a story, to lighten the mood, even in the most difficult of situations, and failing that a pot of his legendary homemade jam brightened everyone’s day.

“He truly comprised everything that you could ask for in a first responder. Leading by example, he showed us all the importance of empathy and selflessness. He touched the hearts of every member of the group and countless patients. We can’t begin to express what a loss he will be to our team.

“We extend our deepest condolences to his wife Sally, son Seamus and the entire family circle.”

Damien Martin, founder of Crossmaglen First Responders, told Armagh I of his shock and sadness at the passing of a “true gentleman and good friend”.

“He gave so much good advice whenever it was needed,” said Damien. “Not long ago, Thomas sent me a message to see how I was getting on in the Ambulance Service here in England.

“Your advice and words will not be forgotten. A light shines bright over Crossmaglen and District. RIP Chair, colleague and true friend to all. You will be sadly missed by everyone within the community, but your spirit will live on.”

Over the years, during times of crisis, Thomas was a man you could call upon, without fail.

And it was during the darkest hours of Covid, Thomas shone a light, stepping up to help those in his community.

“Money was set aside by the minister for the distribution of food parcels, which was administered through Newry, Mourne and Down District Council. Those food parcels came to the community centre in Cross’ and were distributed out to people in the wider community.

“That was was Crossmaglen, Culloville, Silverbridge, Dorsey, Cullyhanna. Thomas McKenna made sure he came along and gave a hand – it was absolutely brilliant. Again, quietly in the background doing anything that he needed to do.”

Councillor Finnegan explained that no matter what organisation or association it was, if they needed help, Thomas would throw his hat in the ring.

“He would still come along and do good for his community, it didn’t matter who you were, what you were, what were you doing, no matter what walk of life you came from, he was non-judgmental on every level. He was very generous, and obviously a very, very hard working community member.”

Aoife recalled Thomas’ work with the Upper Creggan Lourdes Panto Group, for which she was a part of.

“He was always there in the background to give a hand; he would have done backstage, floor work, put seats out and all of those things.

“In that first year, the money he helped raise money through the panto, which took seven extra people to Lourdes. Thomas was a part of all that.”

She added: “Thomas was a general all-rounder, he was just a gentleman in everything he did and we always were appreciative of his time that he had given, his generosity. He was a man so well got in the area.

“Looking back, you probably never get to thank anybody enough for the input that they give, their generosity and time in the community, and the hard work that they do, but I think the legacy that he leaves behind in itself, we can only be forever grateful.

“It teaches you, whenever you watch him and his way of being, that he was so humble and was there to give a helping hand without ever asking for thanks, or that he just turned up on the day and it was never an issue. I think it certainly teaches us as individuals to be a bit more like that.”

SDLP Councillor Pete Byrne described Thomas as a “pillar of the voluntary community in South Armagh”.

“Thomas came to the aid of many families at their most difficult time through his work with the first responders,” he said.

“Through his chairmanship the first responders has grown in strength, with many organisations receiving first class CPR training over recent years.

“He leaves behind a legacy of work that the people of south Armagh are so thankful for. My thoughts are with his family, friends and colleagues at this difficult time.”

As well as his community work, Thomas was a lover of the great outdoors, often seen atop some far flung mountain.

He made many good friends on the hills, one of whom was Eoghan Bailey.

Paying tribute online, Eogahn said he had known Thomas since 1996 and during those 25 years they shared a great love of hillwalking.

“We trained together as mountain leaders doing night hikes on Slieve Gullion in winter, walking in Wales, Scotland, the Lake District and all over Ireland and in particular in the Cooley and Mourne Mountains, with the Wee Binnian Walkers,” he said.

“Thomas was a true gentleman, always great company and will be missed by all who had the pleasure of knowing him.”

Another wrote: “A great man inspirational leader, who led with a twinkle in his eye and a penchant for traversing the route less travelled, a great man to learn from will be sadly missed.”

Reposing at his home at Crievekeeran. Due to ongoing public health concerns the family request their home remains strictly private.

Funeral on Thursday, October 14, leaving at 10.30am to St Patrick’s Church, Crossmaglen, arriving for Requiem Mass at 11am.

Burial afterwards in the adjoining Cemetery. Livestream of Requiem Mass can be viewed via the parish webcam www.uppercreggan.co.uk