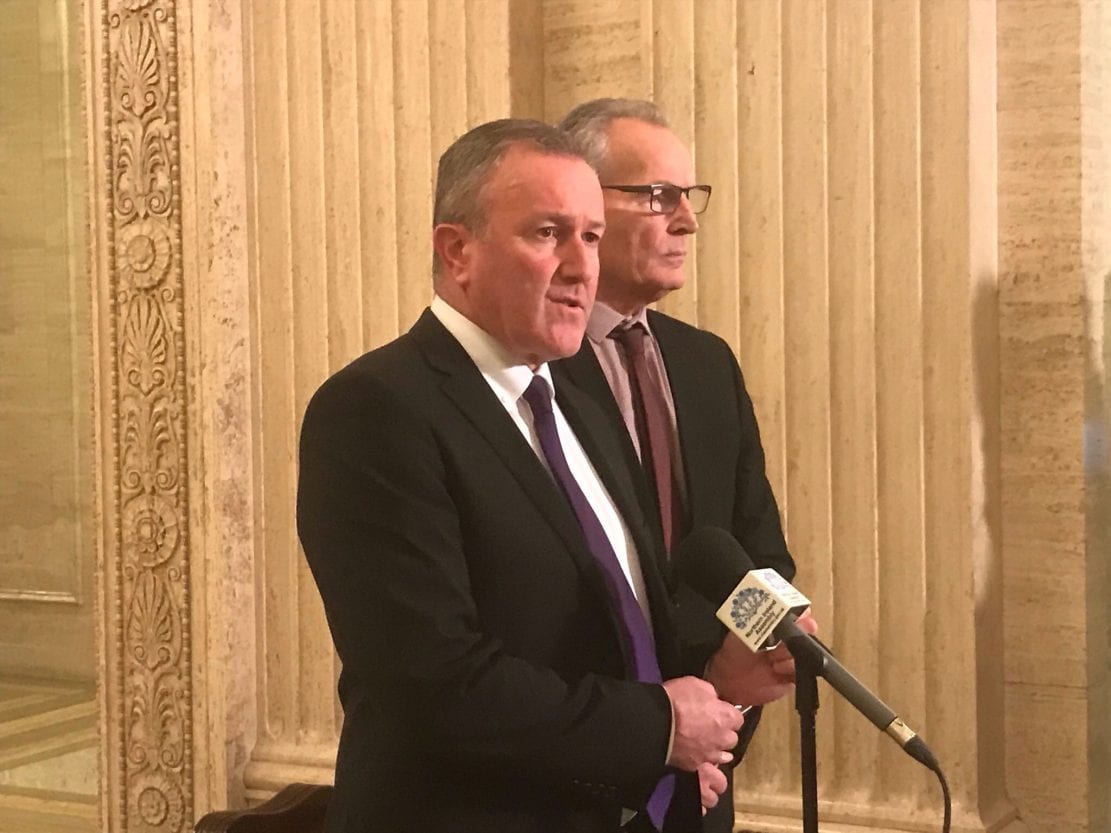 Chief Constable Simon Byrne has been urged to “urgently change” the PSNI approach to policing in south Armagh.

Sinn Fein MLA Conor Murphy and Policing Board member Gerry Kelly met with the Chief Constable after he posted a picture on Christmas morning with “heavily armed” officers outside the police station in Crossmaglen.

The Newry and Armagh MLA was speaking after meeting Mr Byrne on Monday afternoon.

Said Mr Murphy: “The Christmas Day photo stunt in Crossmaglen made headlines, but is only symptomatic of a much wider problem with policing in the area.

“Over 20 years after Patten and the Good Friday Agreement, the police approach to the community in south Armagh has barely changed.

“In the wake of yet another paramilitary murder in East Antrim, it is completely unacceptable that south Armagh is described as ‘unique’.

“The leadership in the PSNI still seem to be in a mindset of imposing policing on the local community, as opposed to policing with the community.

“Simon Byrne is a new Chief Constable, and he has an opportunity to set a new standard to give the local community policing they need and deserve.”