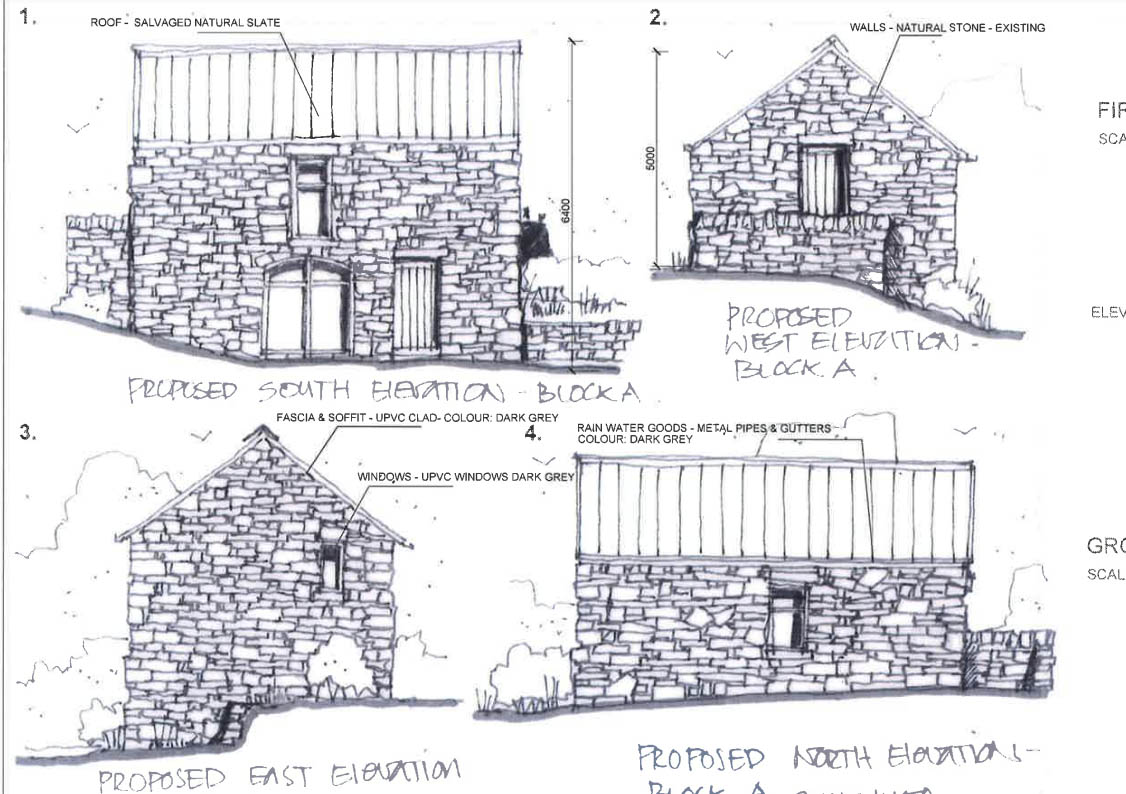 Visitors to the stunningly beautiful south Armagh area could have added choice for accommodation with plans in place for a self-catering tourism development on Crossmaglen’s Concession Road.

As part of a farm diversification enterprise, proposals have been drawn up which would provide stylish new units for tourists while securing the future of a number of historic buildings.

One of these includes an old forge on the site,

The proposals have been submitted to Newry, Mourne and Down District Council in the name of Crossmaglen farmer Sean Farrell.

The development would see the creation of five self-catering tourism units, which would involve the conversion of four barns, as well as one new-build structure.

Car parking and associated site works are included in the plans for the new facility, to be located on lands “eight metres south east of 161 Concession Road, Crossmaglen”.

It is described as being in “close proximity” to the Ring of Gullion Area of Outstanding Natural Beauty.

It states: “Tourism is a rapidly expanding sector throughout Northern Ireland and home grown holidays are increasing in popularity.

“The provision of self-catering holiday units in this location would provide much needed tourism accommodation within the area and, in doing so, would strengthen the district’s tourism industry.

“Amongst other things, the proposal involves the sympathetic conversion of four vernacular farm buildings, several of which have been in situ for over 170 years. This scheme will secure the retention and upkeep of these locally important buildings.”

It says they represent “some of the oldest examples of such buildings in the locality” and reveals that one was previously a blacksmith’s forge.

According to the planning statement, the part of south Armagh “forms a notch that projects into the Republic of Ireland”; the border location is approximately 15kms from Dundalk and 10kms from Castleblaney and the site. It adds: “The site is set centrally within a cluster of four lakes, with the Fane River located approximately 2kms to the south and west, all of which provide an opportunity for water based activities such as angling.”

The scheme would – if approved – “respect and retain the traditional pattern of built development in this location”.

The existing four would be converted with “minor extensions”, while the new-build would go up on the site of a former agricultural building which was deemed “entirely unfit for purpose and had to be demolished”.

The statement continues: “All units form a collective and discrete cluster that are connected via an informal network of gravel paths.

“Communal areas of open space are provided as integral features of the development…The scheme has been designed to deter the use of the units from permanent residential use.

“Access is via the existing shared laneway, which in turn leads to the Concession Road.”

A communal car parking area is provided and there will be “native species planting” along southern and eastern boundaries to “assist with assimilating the scheme within the rural landscape”.

The proposals are now with planning officials who will consider them in-depth before making a recommendation to the council’s planning committee.

The plans are also due to be publicly advertised shortly.