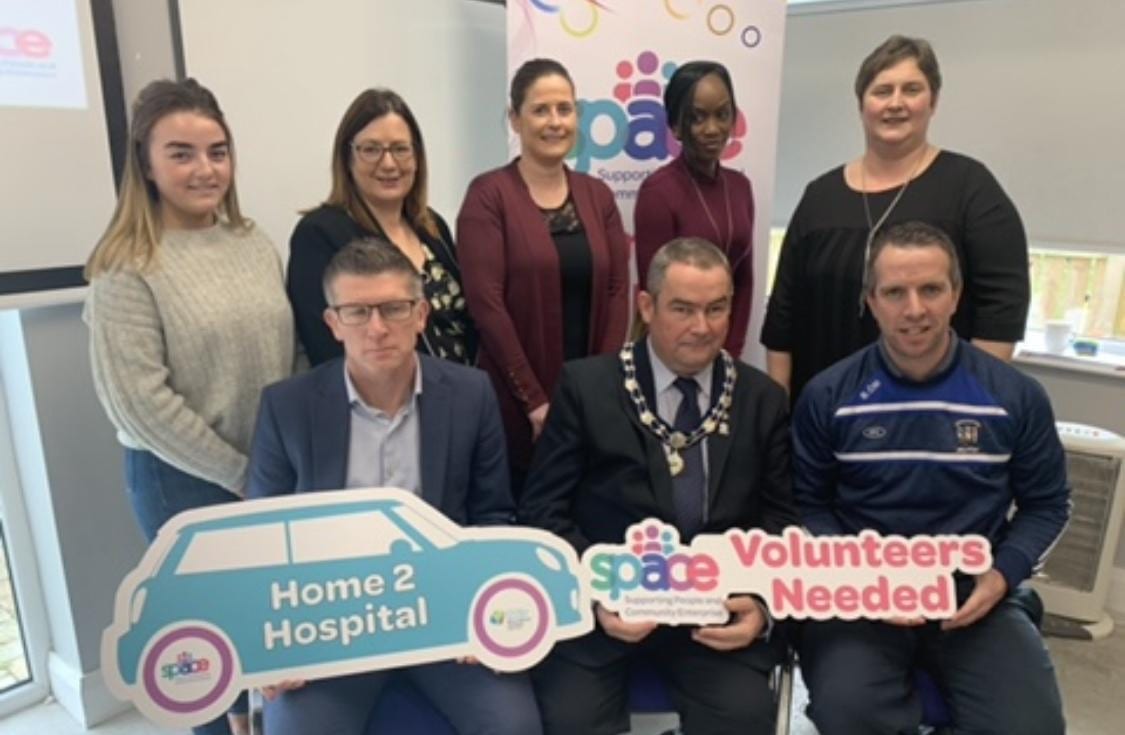 Local representatives pictured at the ‘Home to Hospital’ Scheme Launch

A new Home to Hospital scheme in south Armagh will be ‘a game-changer’ according to one local councillor.

Barra Ó Muirí has spoken of his delight at the launch of the new Scheme in Slieve Gullion District Electoral Area (DEA).

Speaking to those present at Lislea Community Shed for the launch, the Sinn Féin representative explained how the idea came through the DEA Forum in Slieve Gullion, after the success of a similar scheme in The Mournes.

“The idea was brought to the Active and Healthy communities committee where I proposed a £10,000 investment in bringing those in need to hospital appointments,” he explained.

“I have seen first hand the difficulties that many residents in rural areas have in making hospital appointments in Daisy Hill, Craigavon and Belfast.

“Our DeA forum in Slieve Gullion received data that confirmed a serious issue in residents getting to their appointments on time.

“This scheme, run by SPACE, should offer another layer of support to a rural community whose residents can be left very isolated if unable to drive.

“Currently recruiting voluntary drivers, the scheme aims to be up and running in the coming weeks.”