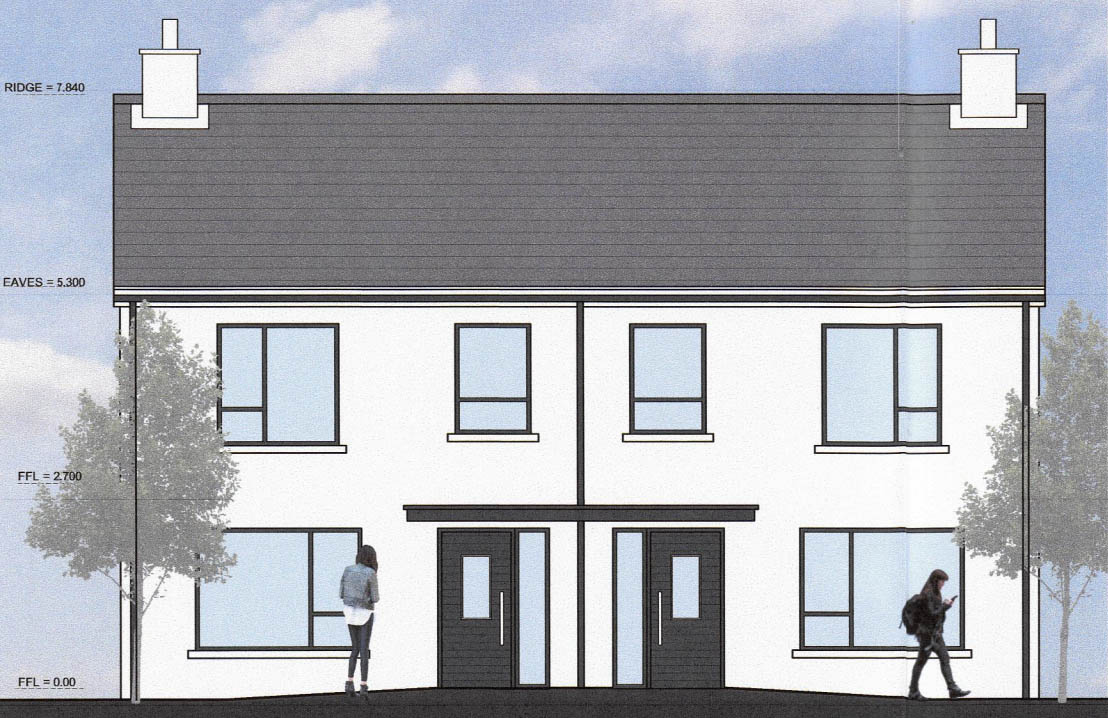 A multi-million pound housing development – consisting of close to 50 new homes – is being planned at Crossmaglen.

The proposals – in the name of QM Developments, of Cullyhanna – have been earmarked for a site on the Dundalk Road.

The work, which is now under considerations by Newry, Mourne and Down District Council, will involve the demolition of one property, at number 48a Dundalk Road.

The site, described as a field in the submission, extends to the south east to the boundary of the Telephone Exchange Building and lies adjacent and to the east of numbers 26 to 48a Dundalk Road.

A total of 44 new houses would be constructed if the proposals are given the go-ahead, with vehicle and pedestrian access from the main Dundalk Road.

A mix of property types is proposed with the development representing a major investment in the local housing market and construction sector.

According to a design and access statement, the new development would be in close proximity to “local shops, service providers and public amenity areas”.

The proposals are due to be publicly advertised this week with a decision expected in due course.