'Housing is key to the sustainability of our rural communities' 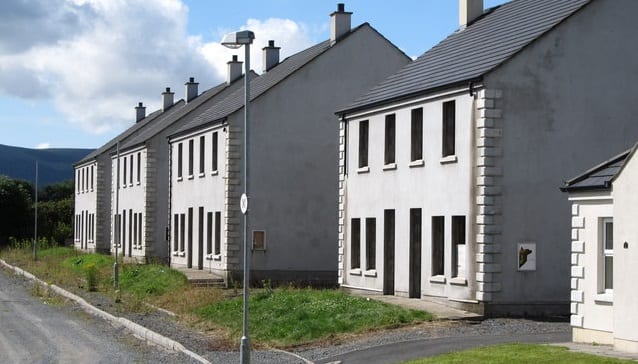 Some south Armagh towns and villages have witnessed no new social housing being built in over a decade.

And a lack of such investment will have a devastating and long-term effect on local communities, it has been claimed.

Schools and businesses will be among those hit unless something it done to reverse the trend, the Northern Ireland Housing Executive has been told.

A delegation attended a full sitting of Newry, Mourne and Down District Council and walked in to a meeting where social housing – or rather a lack of – was put high on the agenda by local Councillor Terry Hearty.

The Sinn Féin representative said a housing policy, planning system and funding regime that would deliver a meaningful increase in the number of social and affordable housing in rural areas was essential to help sustain communities, schools and businesses.

“The issue of housing in rural towns and villages is of huge importance, especially that of  social housing availability,” he said.

“There has been no new build of social housing in over 10 years in the likes of Crossmaglen, Silverbridge, Culloville and Glassdrummond.

“This will eventually impact on the long term sustainability of our schools, communities and rural business and services.

“Housing is key to the sustainability of our rural communities. Non-availability of social housing is highly damaging.”

“The Housing Executive have stated that there is no turnover of two beroom houses in these areas also,” he added.

“If a person is registered as requiring a two bedroom house, they cannot be considered for a three bedroom one. This effectively means that they have no chance of being allocated a Housing Executive home.

“I also discussed the issue of the timescale and work standards involving Housing Executive maintenance delivery.”