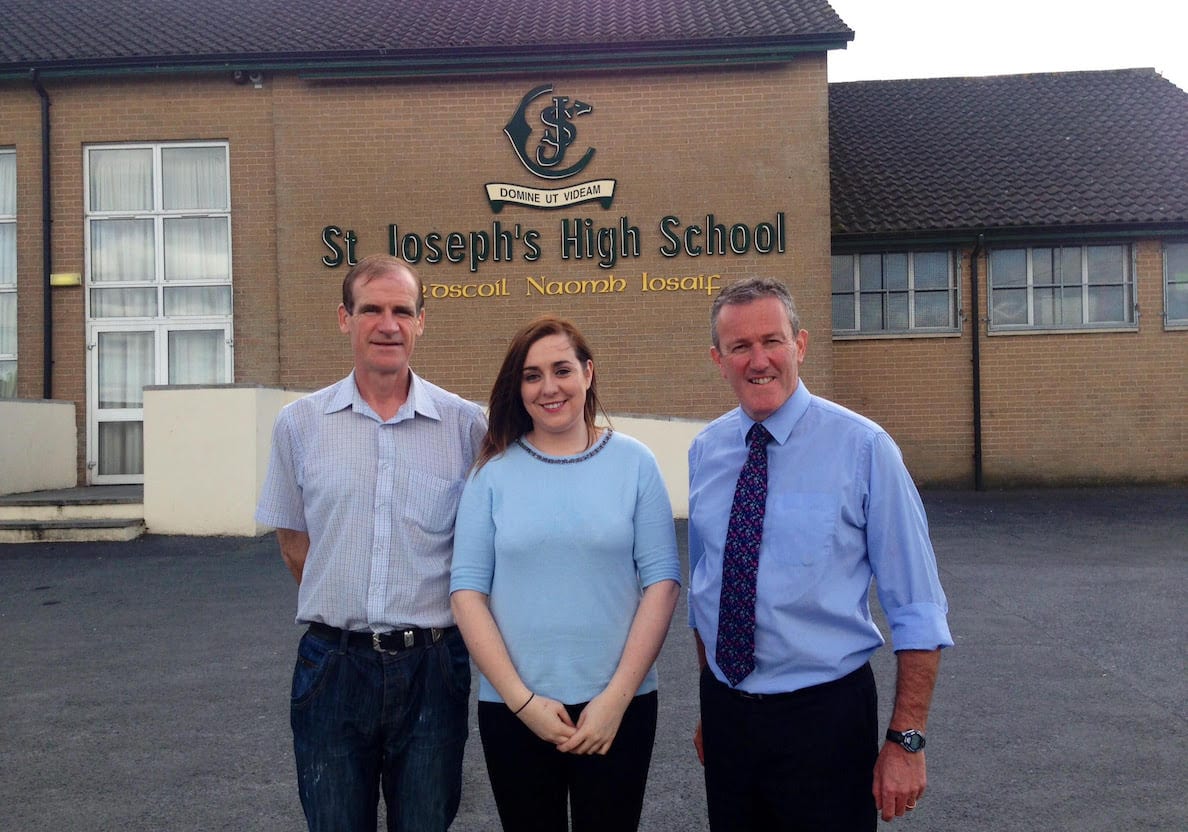 A new multi-million high school will be built in Crossmaglen after planners gave the green light this week.

Planning permission was granted for the new build on the existing site on the Dundalk Road.

Sinn Fein MLA for the area Megan Fearon congratulated all those involved with bringing the vision of the new facility to this stage.

She said: “Sinn Féin has consistently supported St Joseph’s Crossmaglen in their bid for a new school.

“The project has been a key priority of mine since I entered the Assembly in 2012 and local councillor Terry Hearty has for many years passionately pursued the project.

“We have all visited the school on numerous occasions to discuss progress on the issue.

“There was great excitement when in June 2014 the then Education Minister John O’Dowd confirmed the financial investment for 16 schools which included this much needed St Joseph’s build.”

She added: “The granting of planning permission for the new build at St Joseph’s Post Primary School in Crossmaglen is fantastic news for the area and a demonstration of Sinn Féin’s commitment to education.

“It is fantastic to think that the pupils of St Joseph’s will soon have state of the art facilities and equipment and I know that this will further enhance the educational experience of those attending this exemplary school.

“I also believe that a new school build will help solve the dilemma faced by many parents in south Armagh who understandably want the best standard of education and facilities for their children”.

“Well done to all involved with St Joesph’s. This has been a long, hard but united and ultimately fruitful campaign.