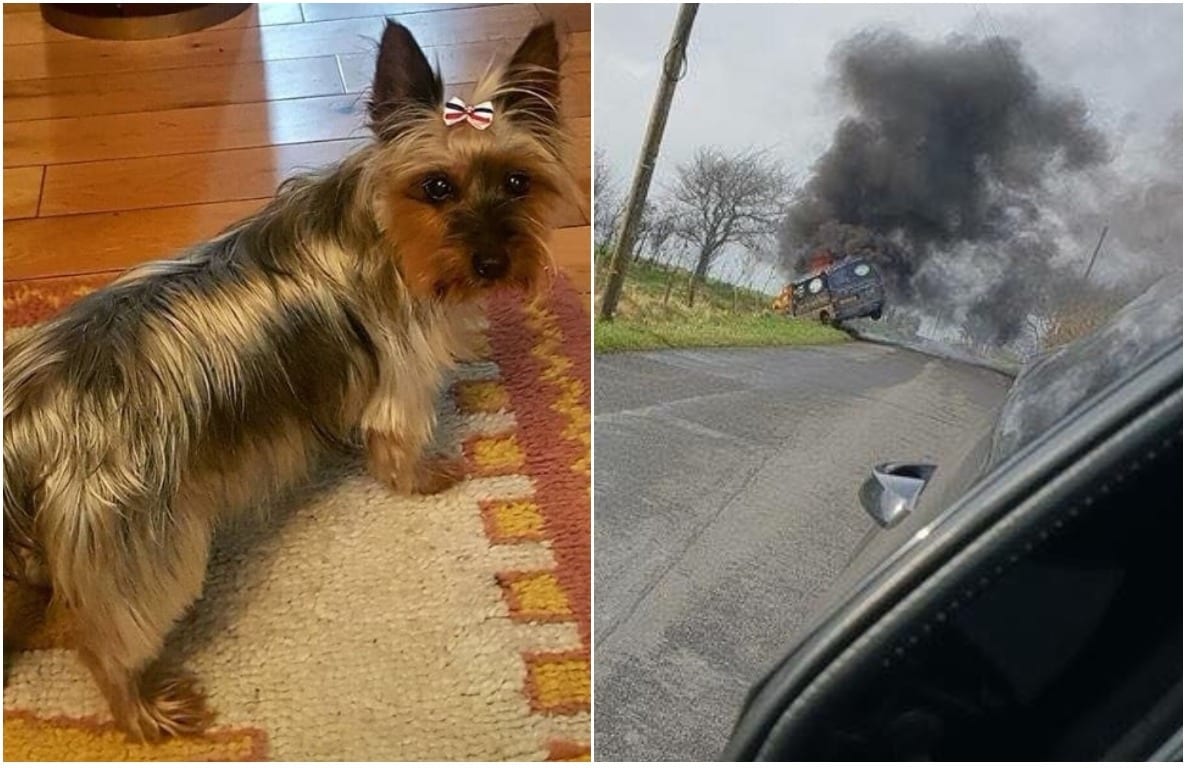 A van stolen from a filling station and driven over the border into Co Armagh before it was later burnt out in Co Antrim has been removed from the roadside again.

The van was also carrying 12-year-old terrier Trixie inside when it taken from a petrol station on Monday, around 5.40pm, on the Carrick Road in Dundalk.

Owner Tim Mullins had stopped to buy a loaf of bread at Muckian’s petrol station when the thieves jumped in and drove off with the vehicle.

However, their main concern now is for the welfare of Trixie, who was a birthday present for Mr Mullins’ wife, last October.

After speeding northwards, CCTV footage shows that at 5.55pm they stopped at Casey’s Eurospar garage in Crossmaglen to buy diesel, cigarettes, a baseball hat and shirt.

The vehicle was last seen at 6.50pm driving at high speeds towards Newtownhamilton.

Police informed Mr Mullins that his van was used in a burglary in Crumlin, where at around 11.45pm it had been used to flatten the fence of a car dealership on the Mill Road.

On Tuesday night the van was found driven into a ditch and burnt out on the Ballycolin Road in Dunmurry.

However, it has since been removed.

PSNI Sergeant James McKelvey said: “It appears that the vehicle used in this crime was stolen during a burglary in Co Louth on Monday, April 23.

“It was found completely burnt out on Ballycolin Road, Dunmurry on Tuesday evening, a number of hours after the Crumlin burglary. It was later removed from that location by persons unknown, before the owners could have it recovered.

“Enquiries are ongoing and anyone with information can contact police by calling 101, quoting reference number 35, April 24, 2018.”

The Facebook page ‘Bring Trixie Home’ has been set up and they are continuing to appeal for information.

“We know that the dog was not in the van at it’s last location thankfully BUT someone has to know or have seen something,” its latest post read. “Please share any info you have.”