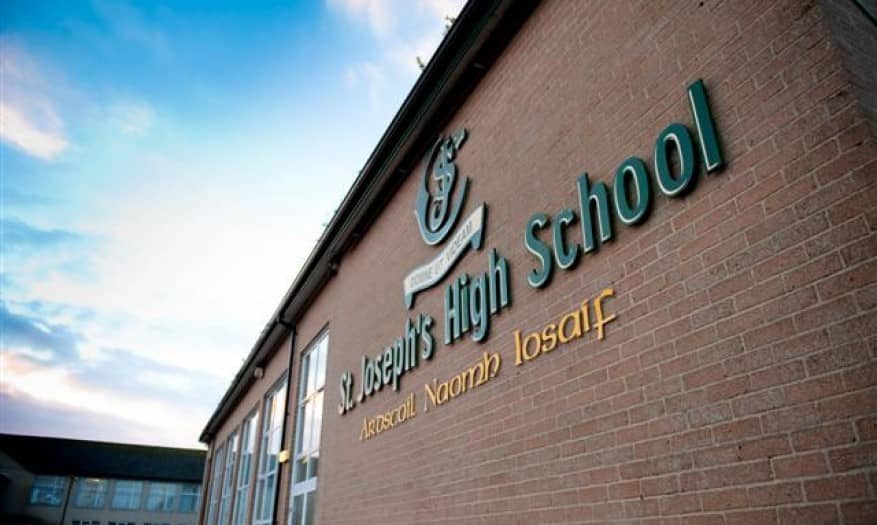 Building work on a new multi-million pound high school in Crossmaglen is due to commence in the coming weeks.

The new state-of-the-art facility will replace the old, out-dated St Joseph’s High in the town.

The plans had been given the green light by Council as far back as April 2018, as revealed by Armagh I at the time.

However, like the original concept, it has taken time to bear fruit with the contract finally awarded and construction set to begin.

The news has been widely welcomed as “fantastic news”.

Sinn Féin representative Mickey Brady has praised all involved for their resilience and commitment to the project.

“It is fantastic to think that the pupils of St Joseph’s will soon have state-of-the-art facilities and equipment and I know that this will further enhance the educational experience of those attending this exemplary school,” said Mr Brady.

“We have all visited the school on numerous occasions to discuss progress on the issue.

“There was great excitement when in June 2014 the then Education Minister John O’Dowd confirmed the financial investment for 16 schools which included this much needed St Joseph’s build.

“Planning permission was granted in 2o18, and now we see the final stage for  the vision of a new school becoming a reality.”

He added: “I also believe that a new school build will help solve the dilemma faced by many parents in south Armagh who understandably want the best standard of education and facilities for their children.”

Local councillor Terry Hearty, commenting on the news, said: “Well done to all involved with St Joesph’s. This has been a long, hard but united and ultimately fruitful campaign.

SDLP Westminster candidate Peter Byrne said he wanted to acknowledge the contribution of the late Geraldine Donnelly whose relentless efforts in 2014 saw that the right pressure was applied to the then Education Minister John O’Dowd through our MLAs Dominic Bradley & Alex Attwood.

“Geraldine valued her position on the Board of Governors and was passionate about seeing this project come to fruition,” said councillor Byrne.

“She was always critical of the delay and lack progress particularly in 2013 when the Minister linked the prospect of a new build to the planning process in Newry, something which eventually proved to be nonsense.

“It was said recently that Geraldine was a gentle political warrior and this is true. She was passionate about our young people and was dedicated to improving the lives of local people in her own quiet persuasive way.”